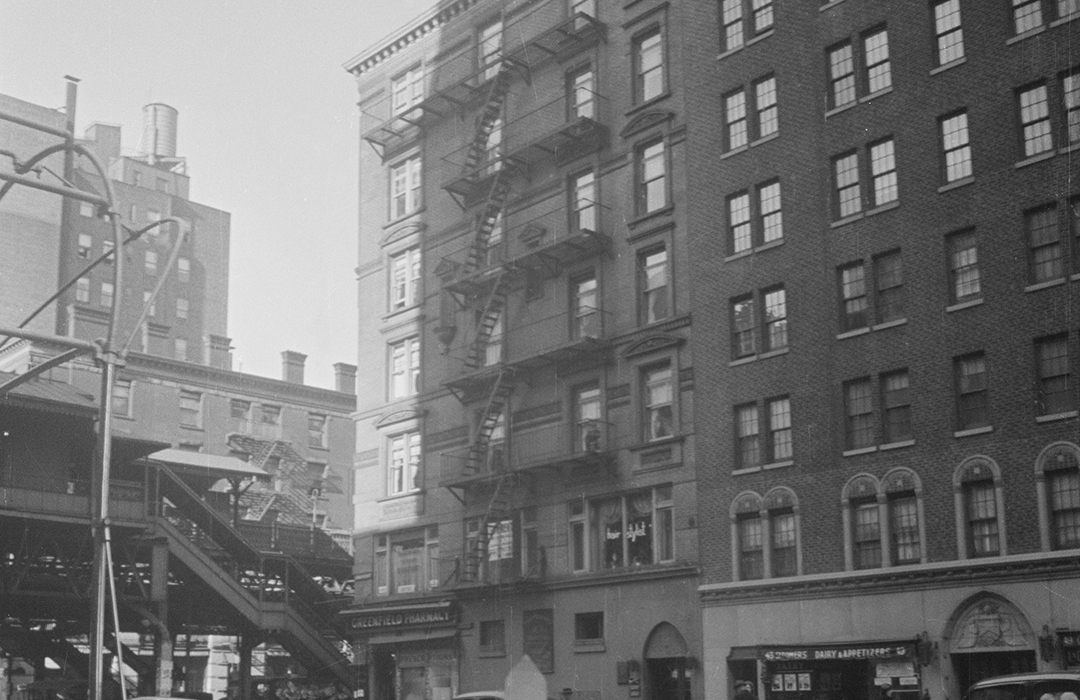 Leopold Friedman was a partner in the real estate firm Lespinasse & Friedman, perhaps best known for erecting the massive Navarro Apartments on Seventh Avenue between 58th and 59th Streets.  On occasion he would take on a project on his own, however, and such was the case in 1888 when he purchased the northeast corner of Columbus Avenue and 72nd Street as the site for an apartment and store building to be called The Janet.

Friedman would not see the structure completed, however.  On January 12, 1889 the Record & Guide reported that Lespinasse & Friedman had “suffered a great loss in the decease of its junior member, Mr. Leopold Friedman.”   Before the end of the year The Janet was ready for occupancy.  Seven stories tall and designed by Charles Buek & Co. its red brick façade was splashed with Queen Anne style terra cotta decorations.  Bands of flowery tiles, decorative panels, and arched pediments adorned the building.  Most striking of all were the two blind openings on the 72nd Street elevation.  Filled with fruits and flowers they sat upon half-round bowls and wore classical triangular pediments.

The ground floor contained a series of shops with Columbus Avenue addresses.  The residential entrance was around the corner at 53 West 72nd Street.

For weeks he sent roses to her home, followed by love letters and he even rang her doorbell twice, only to be sent off by a servant…Allen waited by his telephone, dressed for the theater with his overcoat near his chair.  He was ready for the actress’s call saying she accepted his proposal.  It never came.

Among the early businesses to move in was Ga Nun & Parsons, opticians, which had started business on West 42nd Street in 1884.  The store at 265 Columbus Avenue served as the firm’s uptown branch and was here for many years.

The Western Union Company opened a branch in one of the stores.  In 1901 Cornelius H. Allen was love struck over the famous and beautiful stage actress Lillian Russell.  For weeks he sent roses to her home, followed by love letters and he even rang her doorbell twice, only to be sent off by a servant.   And then finally on April 9 he walked into this Western Union Company office and sent off a telegram:  Miss Lillian Russell—I love you!!  Will you marry me?  With lots of love, Cornelius H. Allen 325 Central Park West.  Allen waited by his telephone, dressed for the theater with his overcoat near his chair.  He was ready for the actress’s call saying she accepted his proposal.  It never came.

Another store was occupied by Rees & Rees by 1905.  It was one of eight branches of the cleaners and dyers throughout the city.  The firm advertised that “lace curtains and portieres [are] a specialty.”  It was a well-established company, founded in 1864.  In 1914 the New York Hotel Record recommended Rees & Rees to hotel managers as a “wonderful cleaners, renovators and dyers.” 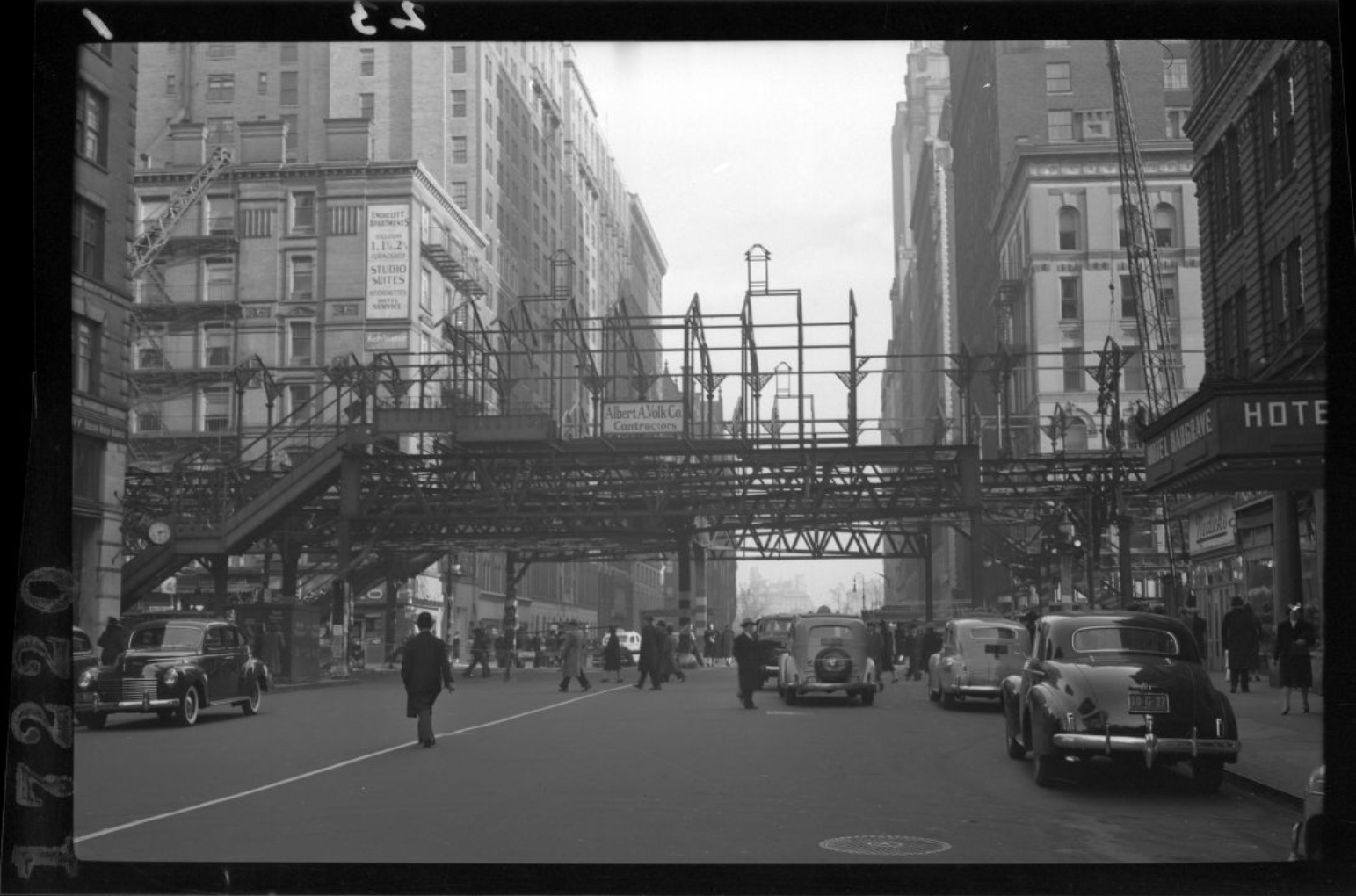 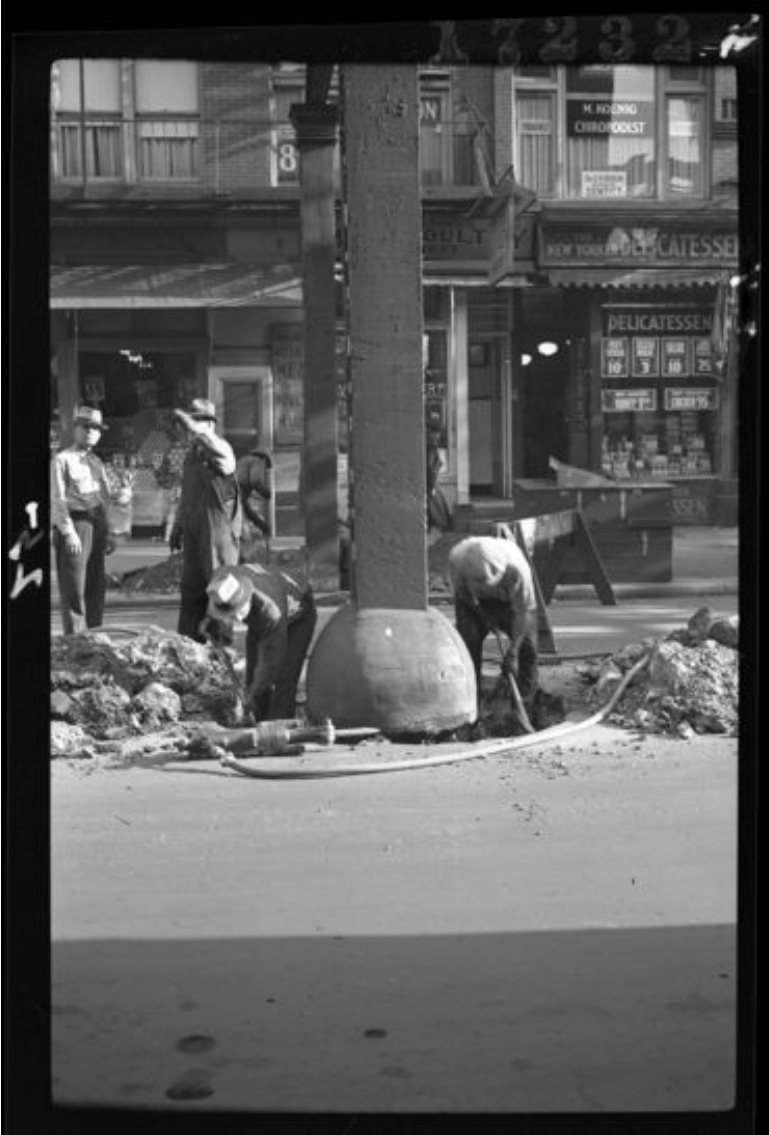 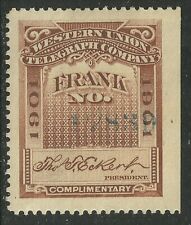 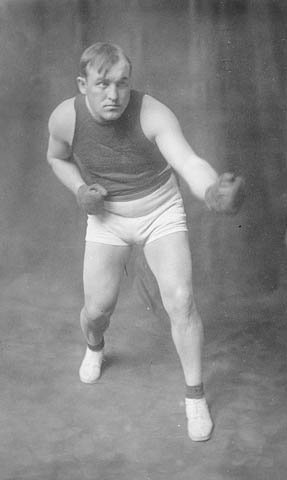 In the meantime, the apartments above were home to a variety of middle-class tenants.  Colonel James J. Phillips and his wife lived here at the turn of the century.  The founder of the wholesale fruit firm of Phillips & Son, he had served in the Confederate Army.  He died in his apartment in February 1908 “from a cancer which resulted from wounds he sustained during the famous Pickett’s charge on the field of Gettysburg,” according to his obituary.

The Upper West Side neighborhood was home to many artists and musicians and in 1915 Elizabeth Sherman Clark taught voice in her apartment here.  In private life she was Mrs. Edward Fielding Elkins.  A typical entertainment in the Elkins apartment was the reception Elizabeth gave for illustrator Dugald Stuart Walker in February 1915.  The New-York Tribune noted “A musical followed, at which several Miss Clark’s pupils sang.”

Living here in 1921 were operatic baritone Luigi Cavedini and his wife Angelica.  Both were known to opera goers by their stage names, Mario Laurenti and Angelea Laurenti.  Domestic upheaval erupted that summer after Luigi went to their country bungalow at West Hurley, New York alone.  Suspicious of what he was up to, Angelica soon followed.  She crept into the dark house on the night of July 11 where, according to The Standard Union newspaper, “she saw the singer and an Italian woman in a compromising position.”

Burns had turned it into a speakeasy, described by The New York Sun as “an elaborately furnished establishment.”  Three men, including Tommy, were arrested.  The agents confiscated fifteen bottles of liquor, four cases of ale and four half barrels of beer.

Canadian immigrant and boxing champion Tommy Burns opened a restaurant in one of the ground floor spaces in 1928.  (He was born Noah Brusso, but boxed under the Irish-sounding name in hopes of enhancing his career).  He seemed to be closely obeying the Prohibition laws, for alcohol was never found in his restaurant.  But on October 26, 1930 Federal agents broke into his apartment on the second floor.  Burns had turned it into a speakeasy, described by The New York Sun as “an elaborately furnished establishment.”  Three men, including Tommy, were arrested.  The agents confiscated fifteen bottles of liquor, four cases of ale and four half barrels of beer.

By the second half of the century Columbus Avenue was changing as trendy shops and boutiques moved into the area.  The Josh Drug Corporation’s pharmacy had occupied the corner store for several years in the 1960’s.  But the 1970’s saw an edgier tenant in Jezebel Antique Clothing, where customers of both sexes shopped for vintage apparel.  And in 1994 Pug Brothers Popcorn opened, selling only popcorn.  Plain popcorn was sold by the bag, flavored popcorn by the pound.

The diversity of the Upper West Side is echoed in the current commercial tenants—a pizza shop, a popular bar, and a hair salon among them.

Shop local to support the businesses currently at 261-265 Columbus Avenue: