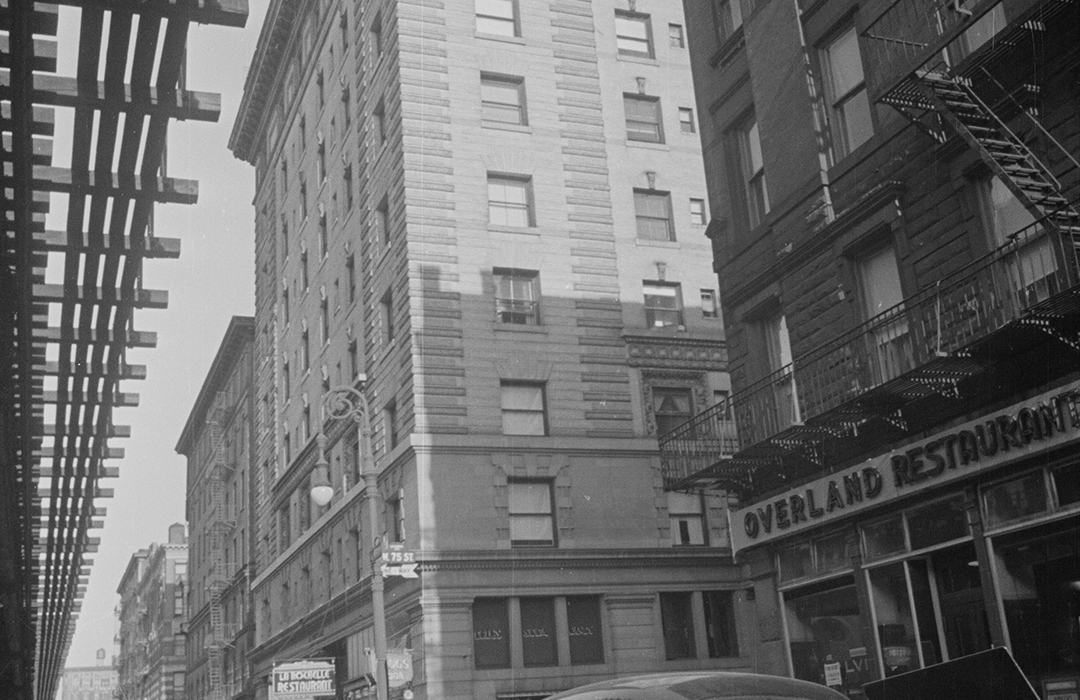 In 1875 Christopher Rhinelander Robert he named his newly build Oakdale, Long Island estate La Rochelle, after the town from his French Huguenot forebears had come to America.  Well known as an eccentric, he retired that same year with an immense fortune inherited from his father, spending much of his time in Paris.

In June 1895 he embarked on another project that he would name La Rochelle—an apartment building on the northeast corner of Columbus Avenue and 75th Street designed by the architectural firm of Lamb & Rich.  Intended for well-to-do families, the building would cost him the equivalent of $8.5 million today to build.

Completed late in 1897 it was an 11-story Renaissance Revival style structure of brick and stone with decorative elements in terra cotta.  The upscale building turned its shoulder to the avenue; its entrance on West 75th Street recessed behind a sumptuous triple-arched pavilion of fluted, banded engaged columns with elegant Scamozzi capitals.  They upheld an entablature emblazoned with the building’s name under an arched pediment.  The two-story columns were repeated on the Columbus Avenue side, only slightly disguising the storefronts.

An ad in the New-York Tribune on April 17, 1897 touted La Rochelle as the “finest and most complete house in the city.”  It boasted “three elevators with all-night service; electric light and steam heat free; no extra charges; open on all sides; not a dark room or closet in the house.”  It included, as well, a “first-class French Restaurant on premises.”

An ad in the New-York Tribune on April 17, 1897 touted La Rochelle as the “finest and most complete house in the city.”  It boasted “three elevators with all-night service; electric light and steam heat free; no extra charges; open on all sides; not a dark room or closet in the house.”  It included, as well, a “first-class French Restaurant on premises.”

The apartments were spacious, just four to a floor.  They included large parlors and dining rooms, and most had three bedrooms.  Servants rooms, interestingly, were in some cases isolated across the hall from the apartment proper.  The rents, ranging from $1,200 to $1,900 per year, would equal between $3,000 to $4,900 per month today.

Among the initial tenants were Christopher Rhinelander Robert and his wife, the former Julia Remington Morgan.   Robert’s new lavish apartment did not change his often-odd behavior, and, in fact, his conduct became even more erratic.

On New Year’s Day 1898 he and Julia boarded a steamship headed to Paris to visit her three children by her first marriage.  The Sun reported that he “suddenly changed his mind and insisted on returning to his apartments.”  The building’s janitor later mentioned that Robert “had been especially dejected and peculiar in his actions for the last week.”

At around 9:00 the next morning Julia was in the music room when she heard a noise that she feared was a gunshot.  The Sun reported “she was afraid to investigate alone and sent a hallboy for C. H. Merriman.”  Merriman and the janitor forced open the door of Robert’s bedroom.  They found the 68-year-old “sitting in a chair, fully dressed; he had shot himself in the right temple, and a 38-calibre revolver lay beside him on the floor.” 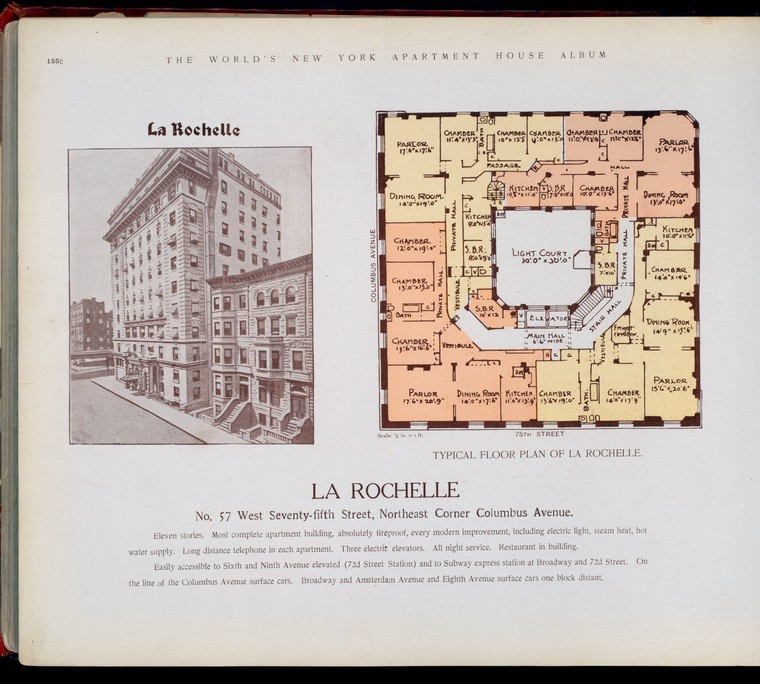 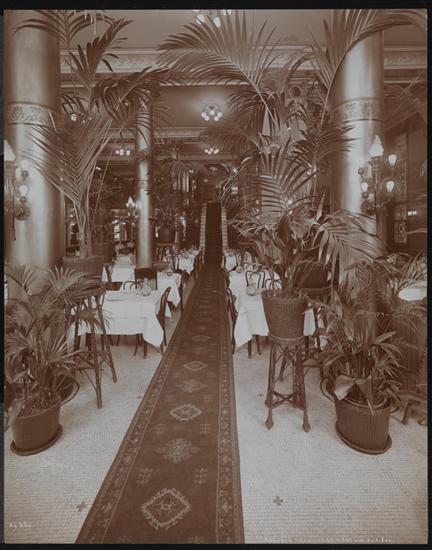 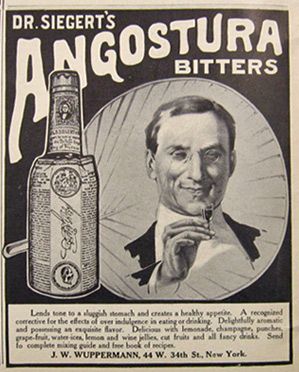 In the meantime, La Rochelle continued to fill with socially visible families, like Elbridge Gerry Snow, Jr., his wife, Frances, and their two children.  The Evening Telegram said of them “Both come of excellent families.  The elder Elbridge Gerry Snow is a cousin of Elbridge T. Gerry, and young Mrs. Snow was Frances Pickett, the daughter of a Montana ranch owner.”

The couple repeatedly appeared in the society columns.  On January 3, 1901, for instance, The Evening Telegram announced that Frances “has issued 100 invitations for Saturday, January 12, from four to seven o’clock…The afternoon reception will be followed by dancing at night.”  And on January 31 the following year The New York Herald reported that the Gerrys “will give a musical this evening at their residence…followed by an informal dance.”

Living in La Rochelle at the same time were prominent opera star Emil Fischer and his soprano wife, Madame Camille Seygard (in private life Amelia Marie Kate Fischer).  The Morning Telegraphed called Fischer “one of the best bassos in the world.”

Residents of La Rochelle, like William Talbot Perry and his wife, the former Grace Wells, were upper class.   The Evening World remarked of their marriage in 1903 saying “They had their automobile, their yacht, their summer home.  It looked like a perpetual honeymoon.”

Elizabeth rang the bell. She was promptly arrested. The shame was almost too much for her parents to bear. According to The Evening World on November 16, her father, who ran an apparel business, “is home in bed and the shock of his daughter’s arrest has completely prostrated him, so much so that his condition has become grave.”

Businessman Adolph E. Wupperman, a “dealer in bitters,” was the target of an extortionist in 1918.  Unless he paid the equivalent of $300,000 in today’s money an unspecified “criminal act while engaged in business would be exposed.”  (The perpetrator was later arrested after receiving marked bills.)

But it was the meetings that Wupperman held in his apartment here in the 1920’s that drew the most attention.  He told reporters he found the Ku Klux Klan to be a “very useful organization” and hosted meetings here.

While other large 19 century apartment houses declined by mid-century, La Rochelle continued to attract well-heeled and celebrated tenants.  William Earl Brown, a vocal instructor and author of Vocal Wisdom, lived here until his death on May 16, 1945, for instance.

In 2015 a renovation resulted in seven apartments per floor.  Other than replacement windows and the regrettable loss of the terminal cornice, the exterior of the building with the astounding past survives little changed.

Shop local to support the businesses currently at 321-329 Columbus Avenue: