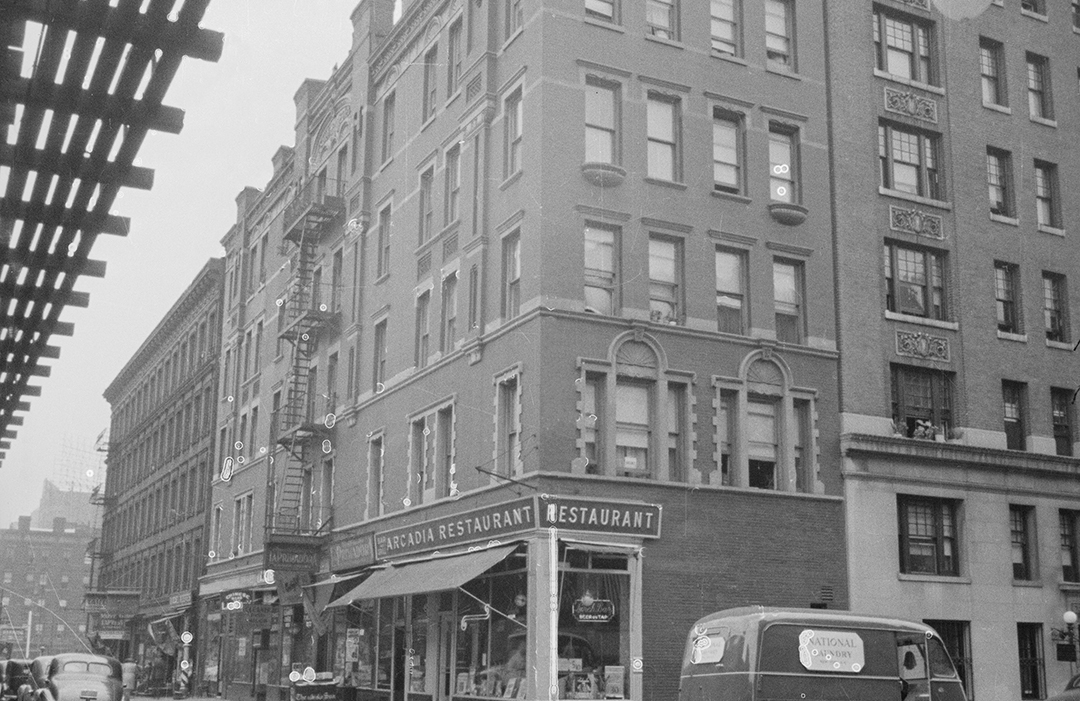 Butter & Eggs Below; A Shooting Showgirl Above

In 1906 construction was completed on The Carlyle apartment house at the southeast corner of Columbus Avenue and West 85th Street. The six-story, Renaissance Revival style structure was a mirror image of its fraternal twin, The Sterling, erected simultaneously. Designed by the architectural firm of Mulliken & Moeller each of the buildings cost the equivalent of $7.5 million to construct.

The Carlyle had everything to attract well-to-do tenants: “electric lights and bells, steam heat, hardwood finish, marble and tile halls, porcelain baths, etc.”  (The electric bells were to summon servants.)  Residents who could choose among apartments of 6 to 10 rooms would pay rents that ranged from $2,860 to $5,000 per month in today’s dollars.

One early resident of The Carlyle was English-born vaudeville comedian Sam Bernard, who had immigrated to America with his parents when just a child.  He and his wife, the former Florence Deutsch, were married in 1902.  Bernard was obviously an adherent of the theatrical mantra “the show must go on,” for on March 6, 1907 The New York Times reported that just as he was leaving his apartment “to make his regular appearance at Wallack’s Theatre as ‘The Rich Mr. Hoggenheimer,’ he was informed that a daughter had been born to him.

Ethel and her accomplice Lillian Graham insisted that they “had to” shoot Stokes and became semi-celebrities called
“The Shooting Show Girls”.

Charles Nagel and his wife were living in The Carlyle in 1911 when they became the focus of intense public scrutiny.  Newspapers nationwide covered the story of the attempted murder of millionaire W. E. D. Stokes, owner of the Ansonia Hotel, by two chorus girls, one of whom went by the stage name Ethel Conrad and was the Nagel’s daughter.  Ethel and her accomplice Lillian Graham insisted that they “had to” shoot Stokes and became semi-celebrities called “The Shooting Show Girls”.  The Nagels were much less comfortable with the notoriety.  On June 11 the Los Angeles Herald reported, “The publicity of the Stokes shooting, it is said, caused the Nagels to seek a home elsewhere.”

Residents like the Nagels employed a small staff of servants, at least one of which lived in their apartment. When their neighbor, Sidney G. Bernheimer, a wealthy manufacturer, and his wife hired a new cook, Annie Sunbifli, in May 1912, they could not have known that the 25-year old woman had bigger plans cooking. 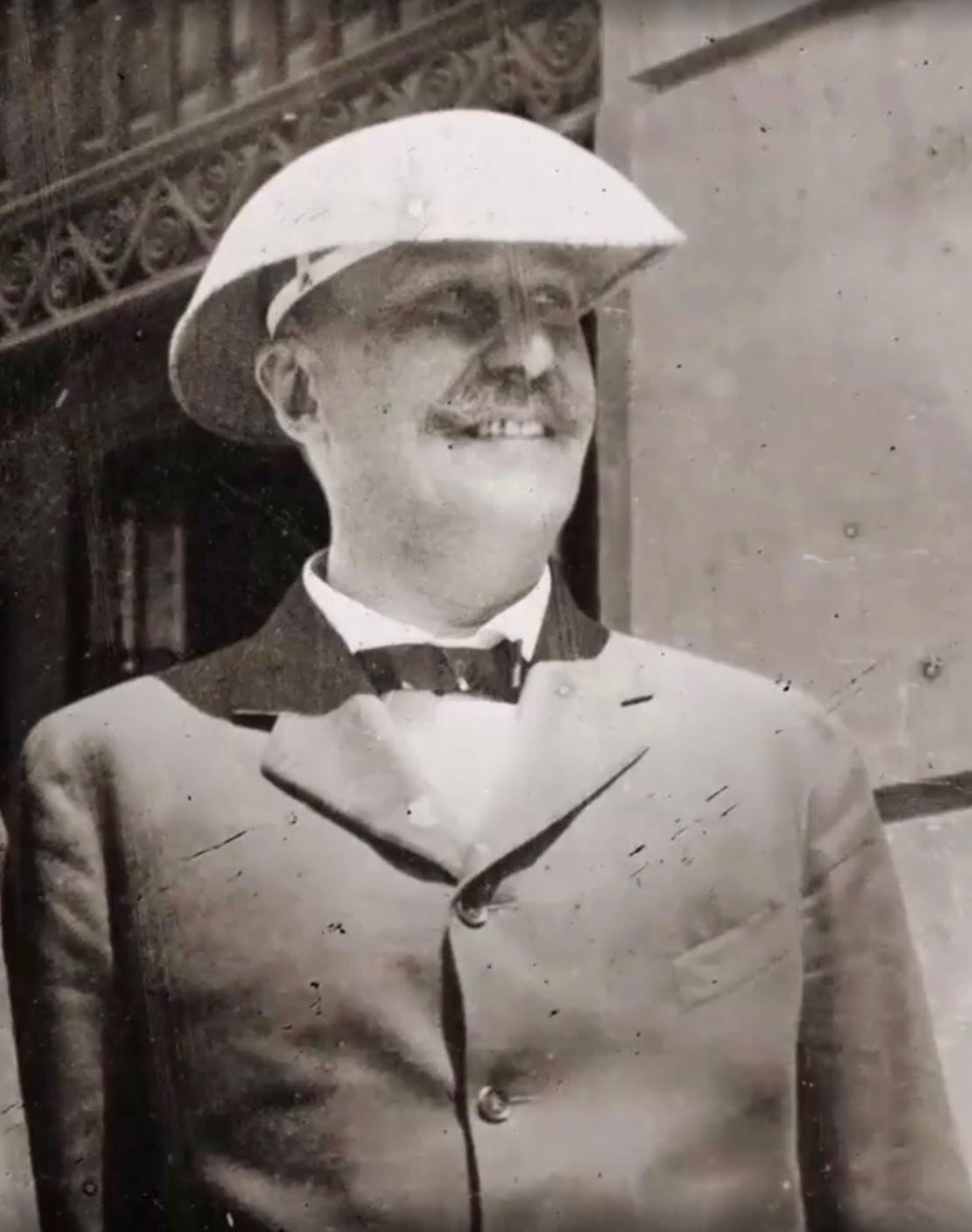 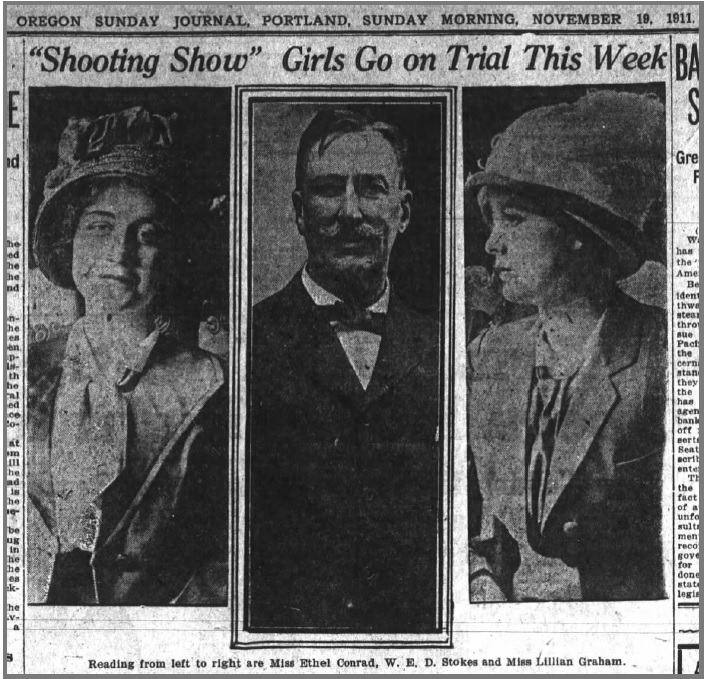 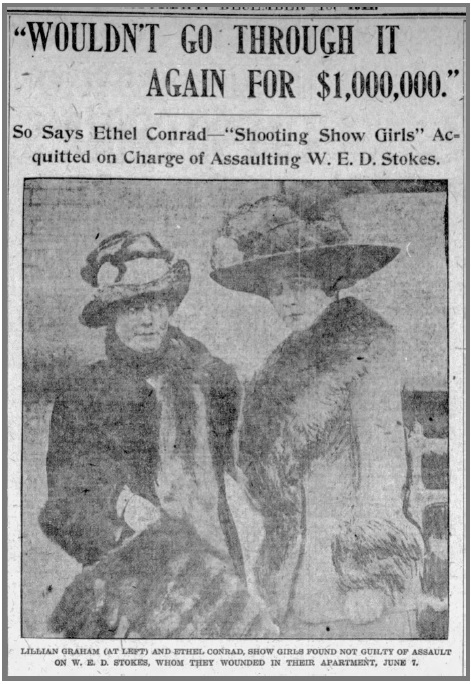 On June 6, Mrs. Bernheimer sent her maid to Central Park with her four-year old son, Hilson.  While Mrs. Bernheimer went shopping, two of Annie Sunbifli’s female friends arrived and the three laid in wait.  As soon as Mrs. Bernheimer returned, they attacked.  “One of the women placed her hand over Mrs. Bernheimer’s mouth, stifling her screams, while the other two beat her with the potato masher and ice pick until she became half unconscious.”

The woman was gagged and tied and shoved under a bed in a servant’s room where she could hear the trio rifling through drawers and cupboards.  They made off with jewelry and other items worth more than a quarter of a million in today’s dollars.

“One of the women placed her hand over Mrs. Bernheimer’s mouth, stifling her screams, while the other two beat her with the potato masher and ice pick until she became half unconscious.”

Could any of these crimes have been witnessed by Philip Frieman, who ran his “butter and egg store” in the northern shop, or the workers in Harbeson’s Ladies Tailors in the adjacent space? The record is silent.

Seventy years on, The Party Box, Inc., caterers, were operating in one of the stores, with Park Stationery in the other.  In 2012, Machiavelli Restaurant opened in the corner space, followed by The Consultant restaurant and cocktail bar in 2019.

Shop local to support the businesses currently at 519-527 Columbus Avenue: