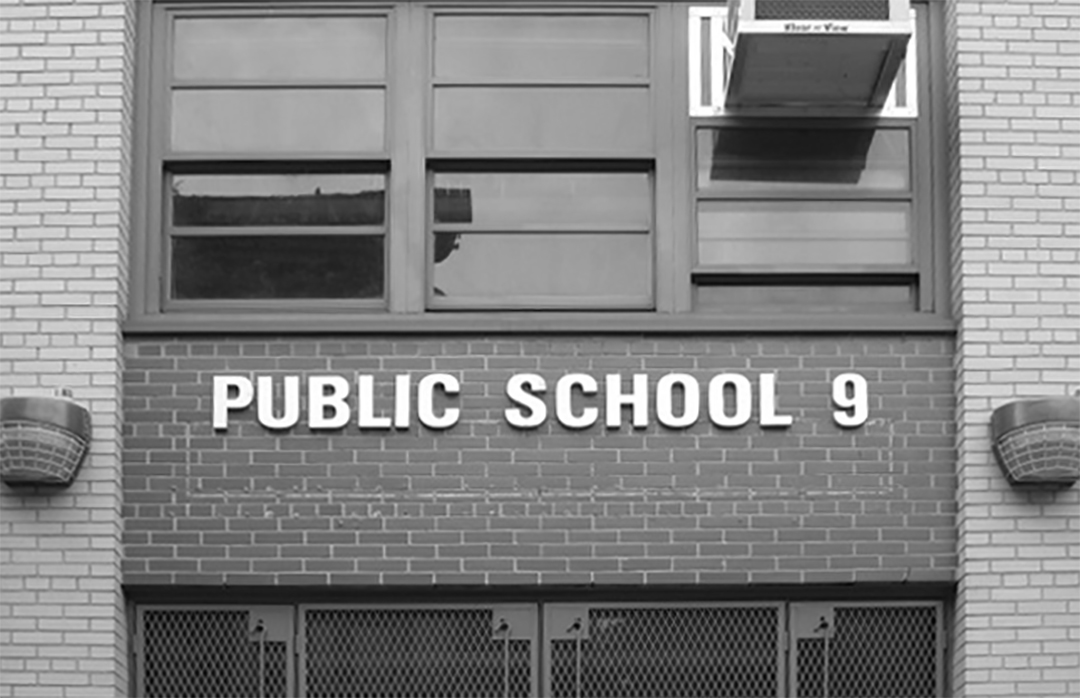 View of P.S. 9, the Sarah Anderson School which occupies the Columbus block front of Block 1214 today.

An Education in What Was Here

Since 1965, the west side of Columbus Avenue between West 83rd and 84th Streets has appeared to passersby as a monolithic brick wall. The walls of P.S. 9 (also known as the Sarah Anderson School) stand here now, atop of the remains of three demolished structures; all these buildings were the product of exceptional craftsmanship and they contained myriad stories of the lives of late-19th and early 20th-century New Yorkers. Today, the windowless façade of P.S. 9 is a far cry from the dense, bustling, and dynamic streetwall that once existed here. The following are the stories of this block and the demolition that eventually wiped them from the map.

Click the addresses to read the history of this site.