The district evokes the distinctive qualities of the Upper West Side, from its powerful iconography of twin towers along Central Park West to its active commerce along Columbus Ave. to its residential side streets. The district is defined by a large concentration of architecturally significant buildings erected during the fifty years between the opening of the Ninth Avenue Elevated in 1879 (along what is now Columbus Ave.) and the Great Depression. During this period of rampant speculative development, hundreds of rowhouses were built on the side streets between Central Park West and Amsterdam Ave., while French flats and tenements were constructed along Amsterdam and Columbus Ave. and on the adjoining streets. A few grand apartment houses were built early in this period, but most date to the turn of the century when the neighborhood’s great Beaux-Arts buildings were erected. In the 1920s, many large apartment houses and apartment hotels were built with Central Park West’s twin tower buildings appearing at the end of the decade and into the early 1930s. Through this entire span of development, important institutions – museums, churches and synagogues – made their way to the residential mix 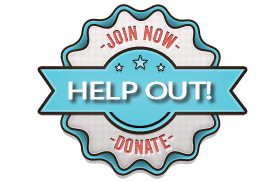