Remember knocking and shouting “Trick Or Treat for UNICEF!”?  That tradition began on Halloween 1950–children could not only enjoy dressing up and amassing a huge haul of candy, but also bring along little orange cardboard collection boxes to gather coins that would go to help other children in need across the globe. Trick Or Treating for UNICEF has moved virtual this year, but the spirit of sharing with others continues, for many, to be a highlight of the holiday.

Actor/Producer/Upper West Sider Téa Leoni is the third generation of her family to promote the important work of UNICEF. Her grandmother, Helenka Pantaleoni, helped organize Women United for the United Nations and later co-founded the U.S. Committee for UNICEF (now UNICEF USA), serving as its president for 25 years. Anthony Pantaleoni, Leoni’s father, currently serves on UNICEF USA’s board. Téa herself has memories of Trick-or-Treating for UNICEF as a child, so when she was appointed a UNICEF Ambassador in 2001, and later a National Board Member of UNICEF USA in 2006, she carried on her family’s tradition of supporting UNICEF’s mission of providing lifesaving relief to children and their families. 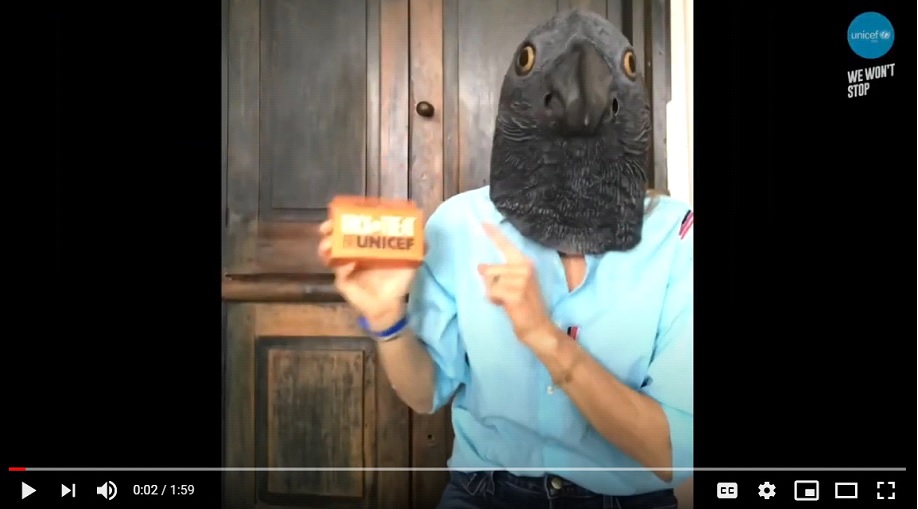 The idea of linking a social benefit to the fun of Halloween started in the late 1940s, the brainchild of Philadelphia couple Mary Emma, a school teacher, and her husband Clyde Allison, a pastor. Mary and Clyde were on to something big. According to UNICEF, through their Halloween collections, “the children of the United States have raised more than $119 million to help build a better future for children around the globe.”  Where before, Halloween was about dressing up and playing tricks, now it was more positive, celebratory – a family event.

On the Upper West Side of the late ‘40s and ‘50s, and even much later, most children did not walk or play on the sidewalks unaccompanied by a parent or older sibling. There were consistent warnings about talking to strangers. Halloween was almost entirely about dressing up in costumes and trick-or-treating in your own or a friend’s apartment building, knocking on the doors of familiar neighbors. Costumes generally were assembled from a parent’s closet, although Woolworth’s lured many with ready-made costumes irresistibly displayed in store windows (along with the record “Sounds to Make you Shiver”, sold for $1.89 in 1977). In the 1950’s on the Upper West Side there was a Woolworth’s on the Northeast corner of 79th Street and another up on 91st Street and Broadway. Children whose mothers had a sewing machine would have the advantage of a better orchestrated costume made from patterns by companies like Simplicity or McCall’s. Throughout the 1970’s, Arthur and Anne Sowell, proprietors of Arthur’s candy and soda shop at 609 Columbus Avenue, near 90th Street, hosted a costume contest where everyone won a little something. 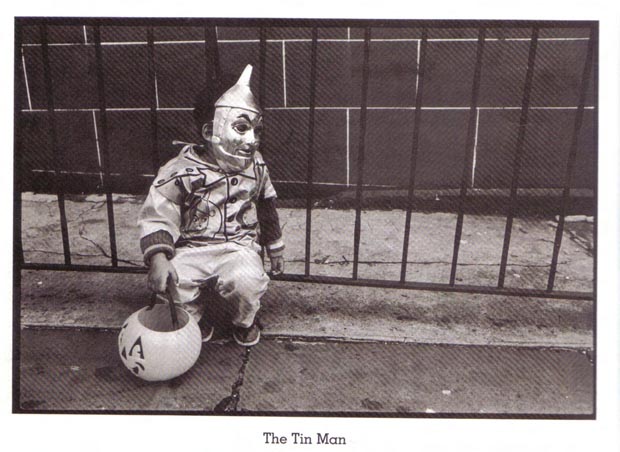 From the collection of Larry Racioppo; the New York Public Library Digital Collection

Virtual Trick or Treating may not generate the excitement of collecting a heavy bag of candy, but in this sober time of Covid, it is even more true, as Téa Leoni has urged, to think about what a few donated dollars can do for another person: “Let’s give our children the power of participation!”