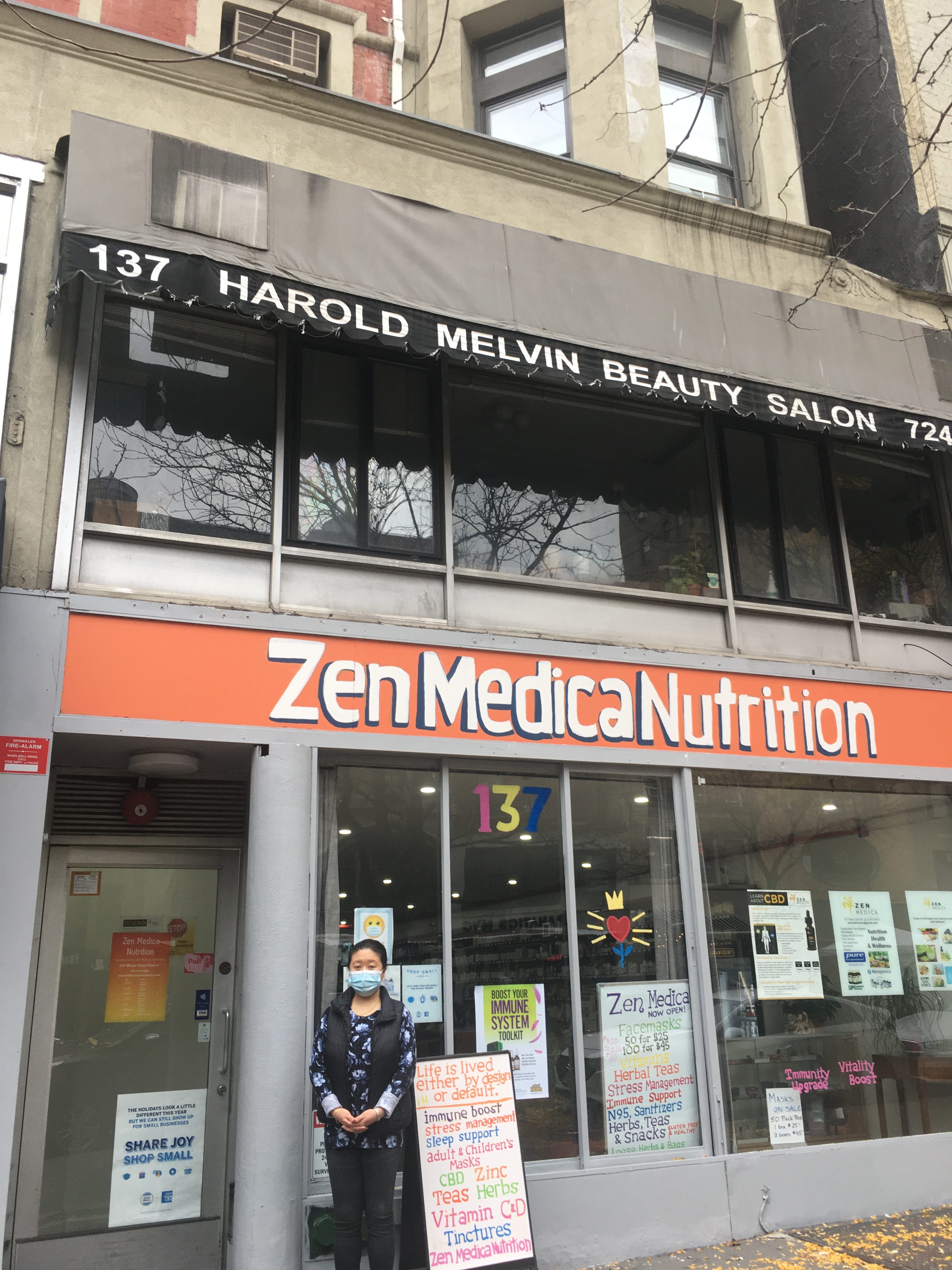 In the first hour after Zen Medica opened for the day one Sunday, customers- maintaining distance- entered just as the previous ones left. They were regulars, comfortable and eager about the visit. Coming into the big, clean shop, they briefly scanned the rows of bottles and boxes on the shelves. It was clear what they wanted most was to consult with Zen Medica Owner Chow Mok about what ointment, liquid or pill would best address their health needs.

Chow is friendly, warm, reassuring and informed. Working as a consultant in the health and nutrition business for more than 20 years, she conveys the sense that she cares about treating the customers’ concerns as much as they do themselves.

One man walked in. ‘Jubilant’ would be the best way to describe his mood. “It worked,” he announced. Apparently, he has recurrent heartburn-like symptoms from an ongoing indulgence in a food that doesn’t agree with him, but that he doesn’t want to give up. The customer had agreed to report back to Chow on how he felt after taking the medication she advised. She had suggested it would take about 30 minutes to work. But, when the man came into the store, he said “it took only 15!”

Chow came to the US from Hong Kong at the age of three. She graduated from NYU with majors in nutrition and clinical nutrition. After briefly working at a hospital, she went on to spend 15 years at a pharmacy with a leaning towards alternative, herbal, and homeopathic medicine. Over this time she became increasingly informed and expert in remedies that have evolved over thousands of years within the cultures of China, Tibet, India and other parts of the world. Her interests led her to launch her own business ten years ago, overlapping with the growing acknowledgment of the value of nutritional supplements and alternative medicine by the traditional medical community. Today, many customers come to her on referral by physical therapists, psychotherapists, acupuncturists and physicians.

Ensuring the high quality of the treatments she sells is a priority for Chow. A supplier of CBD, she frequently has her merchandise tested to have confidence that what’s printed on the bottle represents what’s actually inside.

Chow manages the shop with her mother, aunt and several assistants. In addition to her consultations on nutrition and wellness, Chow advises on and sells products including herbs, teas, vitamins and alternatives to traditional pharmaceuticals. Services of an acupuncturist and Reiki practitioner are available on-site by appointment.

Chow moved Zen Medica to its current location at 137 West 72nd Street during the COVID period. It was hardly an ideal time for a move, but she felt her former landlord’s renovation plans would have been disruptive to her business. A lifeline and the chance to stay on West 72nd Street came in the form of an offer to occupy a space from a customer– and now her current landlord. “My landlord was very generous in making this work,” says Chow. “This is a community and we have to work together.” ~ Claudie Benjamin