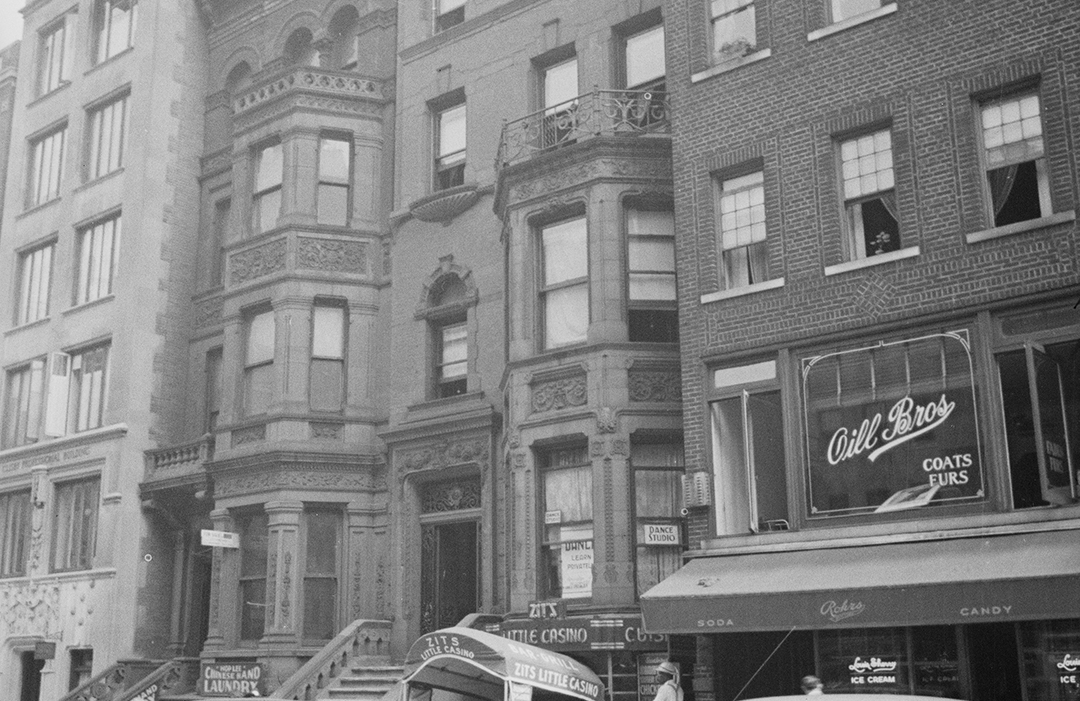 William H. Gray made his fortune building high-end carriages.  And like many successful businessmen, he turned to real estate to further augment his fortune.  Unlike most developers on the Upper West Side in the last decades of the 19th century, who erected long rows of houses, he normally focused on one upscale residence at a time.

In 1885 he hired the firm of Thom & Wilson to design a 25-foot-wide home at 129 West 72nd Street.  Completed two years later it was four stories tall above an English basement.  A three-story angled bay next to the stoop, which provided a balcony to the fourth floor, was decorated with Renaissance style panels.  Another balcony at the second floor provided shelter to the entranceway.

On June 14, 1887, Gray sold the house to William John and Mary Elizabeth Deard Merrall for $80,000—about two and a quarter million in today’s dollars.  Born in England in 1831, Merrall had come to America as a child.  In 1856 he partnered with John Condit and David H. Acker to form the wholesale grocery firm of Acker, Merrall & Condit.

Along with William, Mary, and their servants in the West 72nd Street house were the Merralls’ five sons, Walter, William Beard, Albert Edward, Frank Acker, and Charles F.; and three daughters, Grace Edna, Ada Louise, and Caroline May.

William John Merrall died in the West 72nd Street house.  The New York Produce Review called him “a prominent figure on the west side,” and pointed out that he was also a director in the Irving National Exchange Bank.

Debutante entertainments were important events for wealthy 19th century families.  On March 26, 1907 The World reported, “Among the receptions of Tuesday was one given by Mrs. W. J. Merrall, of 129 West Seventy-second street.  It was to introduce her daughter, Miss Grace Edna Merrall.”

Little by little, as the Merrall children grew, they married and (for the most part) moved out.  In May 1906 Ada Louise was married in the Fifth Avenue Baptist Church.  The New-York Tribune noted that the ceremony “was followed by a reception at the home of the bride’s parents.”

At the time of Ada’s wedding her father had been ill for about a year.  All five of her brothers were now directors in Acker, Merrall & Condit.  The following year, on March 25, 1907, William John Merrall died in the West 72nd Street house.  The New York Produce Review called him “a prominent figure on the west side,” and pointed out that he was also a director in the Irving National Exchange Bank.

William Beard Merrall died on January 3, 1910.  For some reason, his funeral was held “at the residence of his brother, No. 129 West 72d Street,” as announced in the New-York Daily Tribune.  The drawing room would be the scene of yet another family funeral three years later after Frank Acker Merrall’s death on February 1, 1913 at the age of 47.

There were now the three unmarried siblings—Caroline, Albert and Walter—living in the family home.  The brothers shared equally in the ownership of 129 West 72nd Street.  Albert rose to vice-president in Acker, Merrall & Condit, was active in the American Irish Historical Society, and was a director of the Empire City Savings Bank. 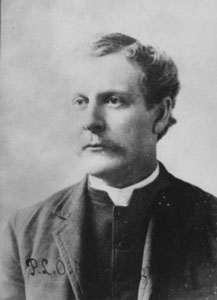 There seem to have been some tension between the married and unmarried sets of siblings.  It came out quite publicly following Albert’s death at the age of 54 on February 4, 1917.  His personal fortune was estimated at more than $5 million in today’s money.  But The New York Times reported on February 17, “The entire estate, including the decedent’s interest in Acker, Merrall & Condit Company” was divided between Walter and Caroline.  The article said his brother Charles and two other sisters “were not named in the will.”

It appears Walter Merrall may have tried to fight off the changes that were happening to the once exclusive residential block.  When 131 West 72nd Street next door became available in July 1918, he purchased it, most likely to prevent it from being converted for commercial purposes.  But it was a hopeless fight.

Walter and Caroline moved out of 129 West 72nd Street not long afterward.  It was being operated as a boarding house by Mrs. H. Dingleman by the spring of 1920.  Among her boarders was Frank Peaters, who used his rooms for a rather unorthodox business: he hosted seances.

On Friday evening, January 27, 1922 Pierre Keeler was the featured medium.  The New York Times reported, “one of seventy searchers into the beyond, called at a séance in a rooming house at 129 West Seventy-second Street last night, for the materialization of the spirit of an old-time minstrel man, long since gone to his reward.  The lights were dimmed, the old-timer in ghostly robes appeared, someone handed him a banjo and the air was a-thrill with lively music.”

Among her boarders was Frank Peaters, who used his rooms for a rather unorthodox business: he hosted seances.

While the “musical wraith” played, Frank Peaters and his cohorts collected $2 from the guests.  But among them were two plain-clothes detectives.  They gave a signal to a group of detectives waiting outside “and all was confusion.”  The New York Times reported, “The spirit fled down a back stair, through the snowy yard, and over a fence.  It disappeared, leaving very human-looking footprints and a banjo behind it.”  Keeler, Peaters and two others were charged with disorderly conduct and paid a fine of $50.

Around 1933 the basement level was altered for a restaurant run by Edwin Files.  A subsequent renovation, completed in 1948, resulted in an office above the restaurant and two apartments each on the upper floors.  Surprisingly, little else was outwardly changed.

By the early 1960’s the former restaurant space was home to Tony’s Bar.  When gangster Frank Corona (aka Irish aka Caruso) was profiled by the 1963 U.S. Congressional Hearings on Organized Crime and Illicit Traffic in Narcotics, the “localities [Corona] frequented” included Tony’s Bar.  A less controversial establishment, the Miraku Korean restaurant, occupied the space in the early 1980’s.

It was not until 1987 that the exterior of the former Merrall residence was substantially altered.  Architect Edward J. Kovach erected a two-story extension faced in brick and aluminum for owner John Brusco.  The Renaissance panels were shaved flat and the Victorian stone railing of the third-floor balcony was removed.