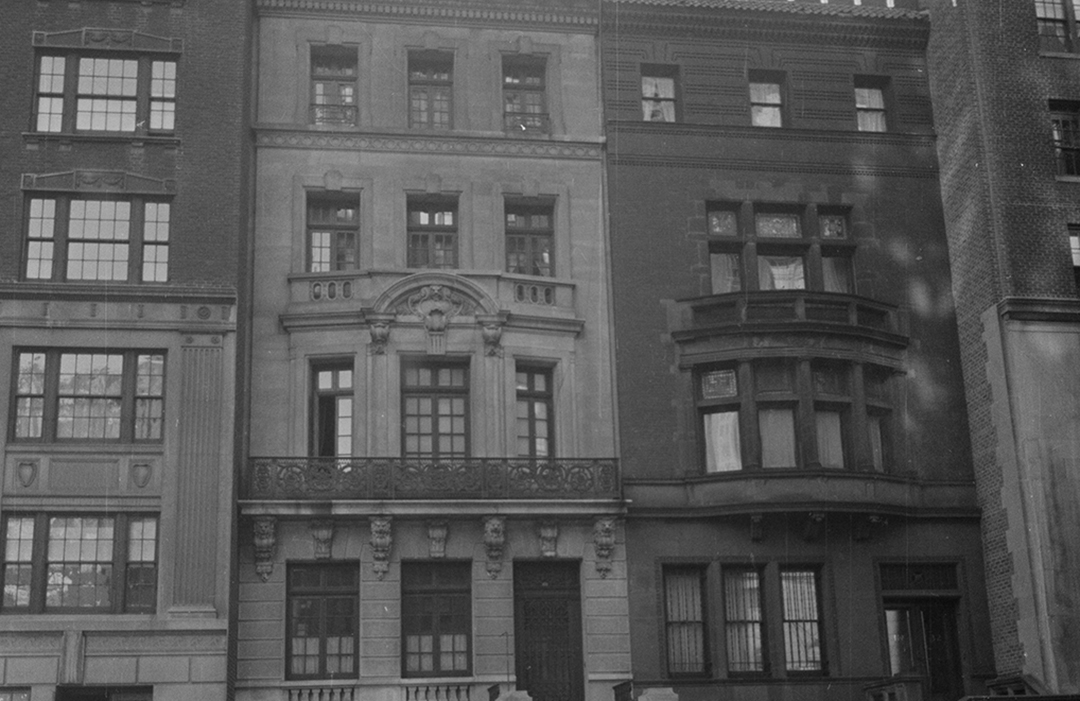 Born in Mannheim, Germany in 1856, Henry Morgenthau came to America as a boy with his large family (he was one of 11 children) in 1866.  Although educated as a lawyer, Henry’s fortune came mostly through real estate.  In 1882 he married Josephine Sykes.  The couple had four children, Helen, Alma, Henry Jr. and Ruth.

At the turn of the century, the neighborhood of West 72nd Street and Central Park West was elegant and refined.   In August 1904, Morgenthau purchased the vintage, four-story brownstone at 30 West 72nd Street, demolished it, and then hired the architectural firm of Buchman & Fox to design a high-end residence on the site.  The old house had cost $80,000, and construction costs of the structure were $70,000, bringing the total outlay to about $4.65 million in today’s dollars.

Faced in stone and completed the following year, it was a reserved take on the French-inspired Beaux Arts style.  A dog-legged stoop rose to the rusticated parlor level.  The three upper levels, which sat upon a prominent bracketed cornice, featured an angled bay at the second floor with an elaborately carved arched pediment.  A stone balustrade created a balcony at the third floor.

Henry Jr. was 14-years old when the family moved in.  The privileged boy got in trouble almost immediately.  At a time when only wealthy families could afford motorcars and when there were no age laws (or even drivers’ licenses), the teen was arrested for going above the 8-mile per hour speed limit on April 9, 1905.  The New-York Tribune reported “Morgenthau is a student at Phillips-Exeter.”  (The exclusive, private academy in New Hampshire was among the most prestigious in the country.)

The Morgenthau house was the scene of Helen’s wedding to Mortimer J. Fox on April 7, 1906.  The New-York Tribune reported “The ceremony was performed in the red and gold drawing room, which was elaborately decorated with cut flowers.”

At a time when only wealthy families could afford motorcars and when there were no age laws (or even drivers’ licenses), the teen was arrested for going above the 8-mile per hour speed limit on April 9, 1905.

Three years later Alma was married in the mansion.  Her wedding to Maurice Wertheim took place on April 15, 1909.  It was a match of two prominent Jewish families, Wertheim’s millionaire father being the head of the massive United Cigar Manufacturers Company.

Henry Wertheim rose from prominence within the New York City legal and real estate communities to international renown following his appointment by President Woodrow Wilson as American ambassador to the Ottoman Empire in December 1913.  An ardent Wilson supporter, Morgenthau had expected to be given a Cabinet post; and initially turned down the ambassadorship.  Interestingly, it was his daughter, Helen Fox, who initially accompanied her father and “opened the embassy for him,” according to The Evening World.  “Mrs. Morgenthau followed later.”

Morgenthau’s post came at an alarming time—just seven months after settling in World War I broke out and simultaneously the Ottoman government began what would be known as the Armenian Genocide.  Morgenthau spoke out against the atrocities, reprimanding the Ottoman Interior Minister “Our people will never forget these massacres.”

Josephine remained in Turkey until October 1915 when she returned to the 72nd Street house. The move may have been in anticipation of her husband’s coming resignation.  Exasperated with the Ottoman Government, he stepped down in 1916.  A crowd of reporters was waiting at the dock when he stepped off the Frederick VIII on February 21, 1916.  Deflecting questions which pertained to international relations, he headed home.  The Evening World reported “He will lock himself up with his family at their home, No. 30 West Seventy-second Street, for the rest of the day…and then he will leave for the National Capital on the midnight train.”

In April 1915, while his parents were overseas, Henry Jr. had married Elinor Lehman Fatman, granddaughter of Mayer Lehman, a co-founder of the brokerage firm Lehman Brothers.  The couple settled on an estate in Dutchess County where Morgenthau raised Christmas trees.  Their near neighbors were Franklin and Eleanor Roosevelt and they became fast friends—a relationship which would be significant later. 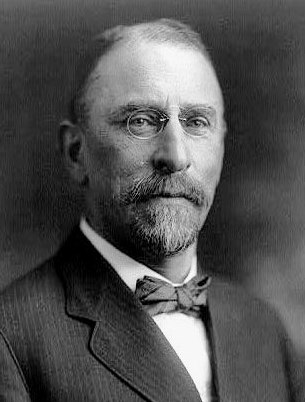 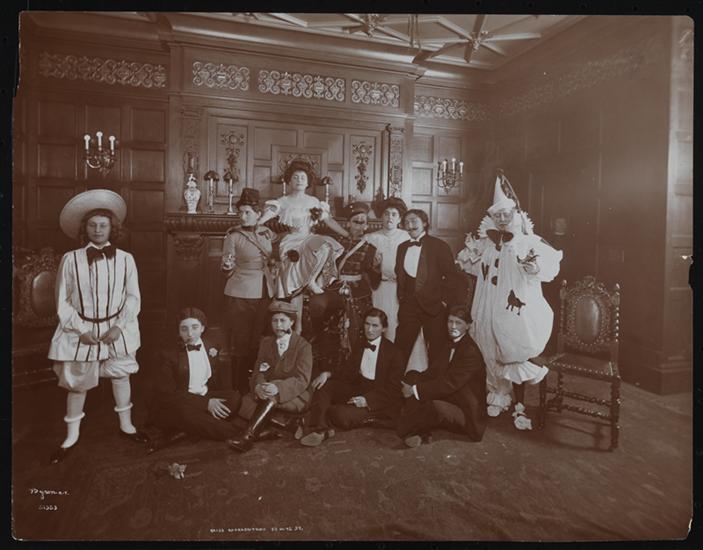 Image Courtesy Museum of the City of New York, ca. 1906 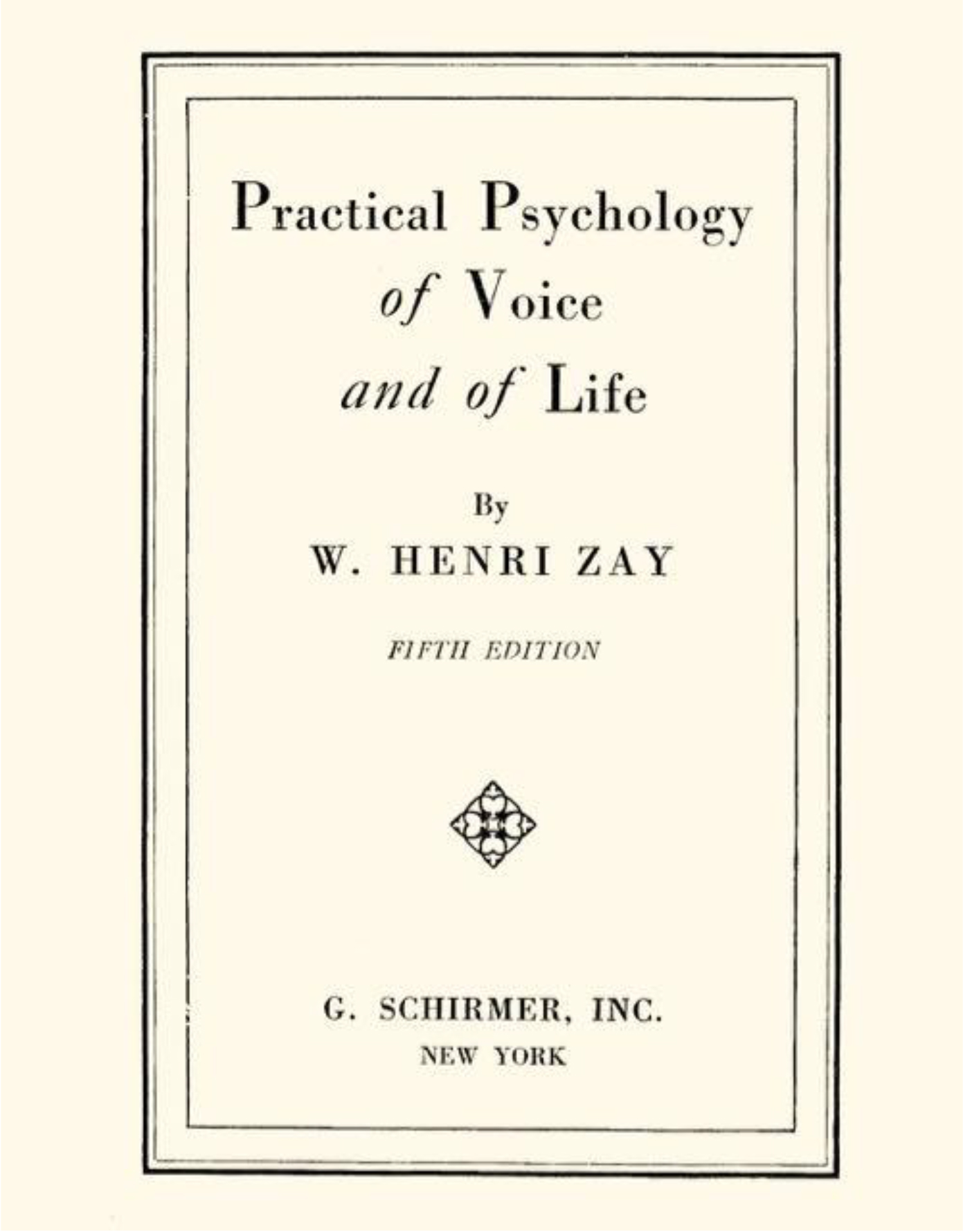 In the meantime, the Morgenthau house held another major event on April 14, 1917.  The New York Herald reported, “More than three hundred guests attended the reception given by Mr. Henry Morgenthau, formerly ambassador to Turkey, and Mors Morgenthau…for their daughter, Miss Ruth Morgenthau, whose engagement to Mr. George W. Naumburg has been announced.”  As had been the case with her sisters, her wedding on April 30, 1917 took place in the 72nd Street house.”

Although now empty-nesters, Josephine and Henry did not slow down.  In 1920 he was briefly appointed to the post of Ambassador to Mexico.  But on March 27 The Sun reported “President Carranza will ask the United States to reconsider Mr. Morgenthau’s appointment.”  The government had discovered “that he is connected with the Association for the Protection of American Rights in Mexico.”

By now, West 72nd Street had noticeably changed from a refined residential street to one of traffic and commerce.  On the agenda of a meeting of the city’s Committee of Franchises on October 31, 1921 was a “communication from Hon. Henry Morgenthau stating that the vibration in his house at No. 30 West 72d street has again become very noticeable due to the operation of omnibuses on that street.”

One of the last entertainments by the Morgenthau’s here was on January 13, 1922 when “men and women who are interested in the Woodrow Wilson Foundation” met.  The goal of the new organization was to provide endowments “for distinguished public service.”

Henry Morgenthau, Jr. would become perhaps more prominent that his father.  He became Secretary of the Treasury under Franklin D. Roosevelt and helped design the New Deal.  He was the author of the 1944 Morgenthau Plan regarding the rebuilding of European economy following World War II.  His son, Robert M. Morgenthau, would be District Attorney of Manhattan for more than three decades.  Alma’s daughter, Barbara Wertheim, became an author and historian, winning the Pulitzer Prize in 1962 for The Guns of August.

Henry Morgenthau, Jr. would become perhaps more prominent that his father.  He became Secretary of the Treasury under Franklin D. Roosevelt and helped design the New Deal.

On September 13, 1923, The New York Times reported that the Morgenthaus had moved to an apartment on Park Avenue and sold 30 West 72nd Street to William Henri Zay “who will remove his musical studio…to the former Morgenthau residence.”  Zay had paid the equivalent of $1.27 million today for the property.  The article recalled “it was the scene of many brilliant gatherings.”

Zay and his wife, the former Gilison Eileen Horner (who went by her middle name) had a daughter, Eileen in 1926.  Zay was a well-known voice coach and the author of The Practical Psychology of Voice.  Among his successful students was Romanian-born soprano Beatrice Kottlar.

The Zays left 72nd Street around 1925 when the Anthroposophical Society established its headquarters in the house.  The group held lectures here, like the one by Henry B. Monges on March 29, 1925 on “The Bhagavad-Gita and the Cult Scient of Rudolf Steiner.”  It operated the Anthroposphic Press here as well, which published Anthroposophy: A Quarterly Review of Spiritual Science.”

In 1950 the former Morgenthau residence was converted to apartments, two per floor.  The stoop was removed and the entrance lowered to the former basement level.  Not all the tenants in the much-changed neighborhood were totally respectable.  On April 4, 1964, for instance, The New York Times reported one of the apartments was one link of an “elaborate electronic communications setup” of a major bookmaking and number operation.

Although it has lost its stoop, the Morgenthau mansion is the last surviving relic of a period when this block was lined with similar upscale residences of some of the Upper West Side’s wealthiest families.