There’s so much to question about how the Chair of the Board of Standards and Appeals came to vote against Landmark West’s Appeal of permits issued by the Dept. of Buildings allowing 200 feet of “mechanical void” space in a building proposed at 50 W. 66th Street. It should have been quite clear. The BSA – Chair Margery Perlmutter herself – directed the DOB to provide her Board with the original, approved mechanical plans and explain their methodologies — essentially “Show us your work”. This was the DOB’s task leading up to the Jan. 28th BSA hearing in order to determine the appropriateness of the lateral space allocated by the developer–and permitted by the DOB for mechanical equipment.

But the DOB did not provide the BSA Commissioners (or the community) with either the building plans they reviewed or the calculations they used to approve the permit for 50 W. 66th Street. Just. Didn’t. Give. Them. And yet the hearing, based on these “documents” and “decisions,” went ahead anyhow. Chair Perlmutter did not delay the hearing until the documents were received. She did not respond to LW! counsel request to implore the DOB to follow the Board’s direction.  She did not call the DOB plan examiner who approved them to testify. Like a churlish child, they just ignored the directive.  There were zero repercussions for the DOB for disregarding a direct request related to a formal hearing. Repercussions for the community? Plenty.

Chair Margery Perlmutter simply declared at the hearing: “I’m OK with what was represented as mechanical space occupied by mechanical equipment.”  She never saw the plans. Yet she’s OK with them. Funny, two other BSA Commissioners weren’t OK with not being able to review the DOB’s work.  One called out the “unfairness of process”; another complained that “there’s a constitutional issue here.” They voted for Landmark West’s Appeal.

Not the Chair. She was OK with giving away any amount of square footage if it calls itself a mechanical space. No matter that it’s mostly empty space. No matter that the proposed mechanical equipment requires only a fraction of that space. Could there have been “fudging” on the calculations? Was a loophole in zoning shamefully abused? Isn’t such oversight the point of the hearing? Chair Perlmutter didn’t need to know –it’s all “OK” by her. She voted against the Appeal.

Is it OK with you? View NY1’s clip of the hearing below and let us know if you think Landmark West! should take this issue out of the City system and put it in front of a real judge–one who likely will also ask to see the work but would have the perseverance, interest and attention span to actually review it. 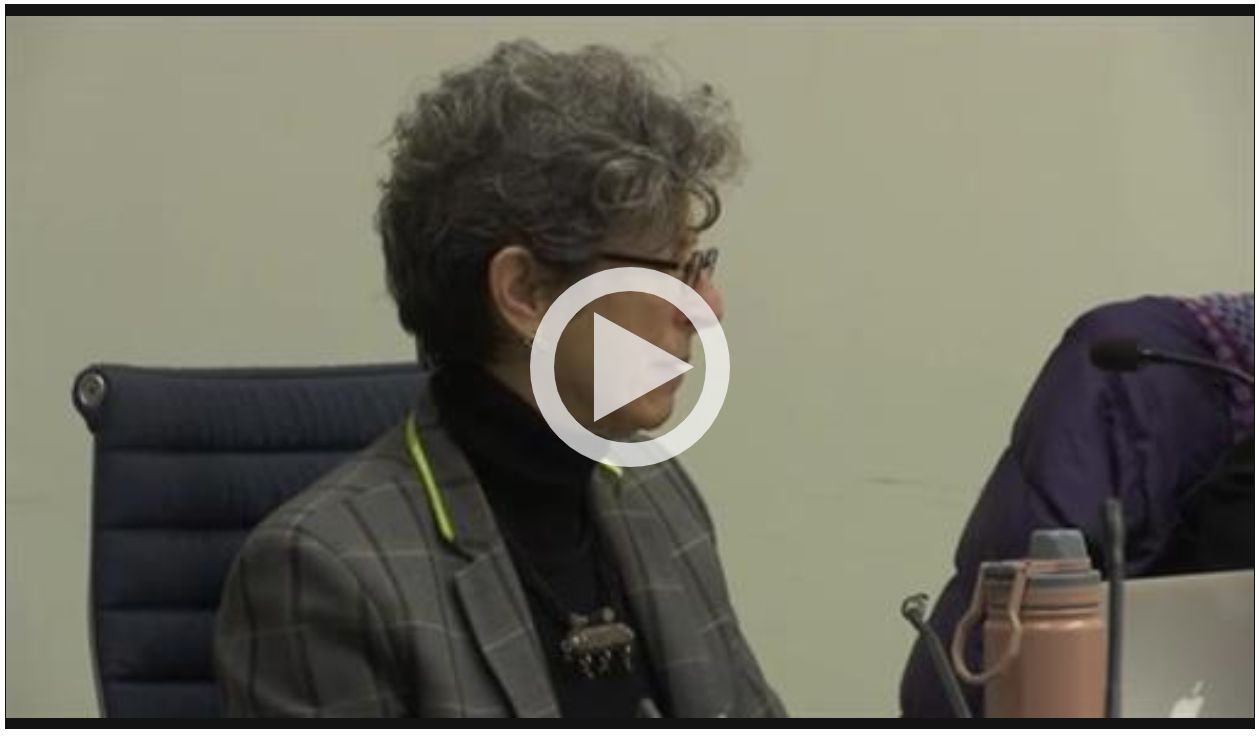