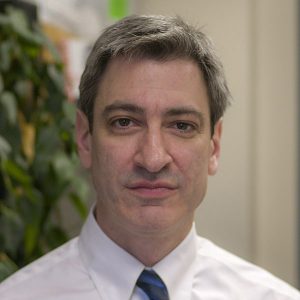 Not long ago Attorney Laurence Borten was reading an article in The New York Times illustrated by what he thought was quite an extraordinary image.  Then, he says, “I saw from the credits that the photographer was one of my clients.”  The man, an Israeli, had received Borten’s expert legal services to obtain his “extraordinary ability” artist visa.

Photographers associated with International Center for Photography (ICP) are just one cluster among a number of other groups of immigrants who have passed Borten’s contact information from one to another to resolve complex immigration challenges.  Among these clusters are Thai restaurant workers, refugees from Tajikistan in Central Asia, one of the smallest and poorest former Soviet republics.

The goal of gaining permanent immigration status is understandably fraught with emotional stress.  Its resolution is linked to an individual’s sense of well-being and security.  Securing permanent immigration status is one among a number of key problems for asylum seekers and refugees.  Borten says there are 11 Million people attempting to manage their unresolved immigration status.  There’s the elusive matter of finding a skilled, experienced attorney who cares and with whom they can communicate.  “It’s a field where it’s not uncommon to find lawyers who charge exorbitantly high fees” and “some shady characters,” says Borten.  Several clients have come to him after their prior lawyer had been indicted; and in one case, the lawyer had taken his own life.

Borten loves the work he does for the opportunity it gives him as an activist to make positive change in peoples’ lives. The stories of those who come through his doors at 269 West 72nd Street are also unendingly interesting to him.  Each client presents a different situation.  One German woman, an Upper West Sider in her 70s, arrived in his office with a stack of her expired German passports going back to 1961.  She related to Borten a movie-like account about how she had, at the age of 19, said goodbye to her family and walked out of East Berlin through an opening in the unfinished Berlin Wall.  She presented herself to the West German authorities to establish residence there, and soon after managed to get to the United States and somehow qualify for a green card.  Borten’s website includes moving accounts of a number of other clients who through his efforts were able to successfully resolve questions about their immigration status and so were able to continue to pursue highly productive careers in the US.

Multi-year waits for those with pending applications for asylum is agonizing because of the uncertainty of being able to remain.  Borten explains that those with pending applications are entitled to having their case reviewed within a few weeks.  But, “the system is completely broken,” he says, with the wait for an interview or court hearing sometimes lasting a decade or more. “The process needs to be fixed.”

Borten’s commitment to public service also extends in important ways to improving the physical treatment and education of disabled and abandoned children in Vietnam.  He travels to Central Vietnam twice a year to oversee special education and therapeutic services provided by Child Care Vietnam, an organization he founded in 2014.  Today, he says, this enterprise, for which he volunteers his time, takes up about 40 percent of his professional life.

At the age of eight Borten moved with his family from Philadelphia to West 71st Street.  He attended local public schools and Bronx HS of Science.  He then earned a BA in Physics from Yale.  After college, he returned to Manhattan and the West Side, getting his MA in Physics from Columbia.  He taught Physics at Hunter High School for 14 years.  Ready for a change, he returned to Columbia for a law degree.  While working as a commercial litigator in 2003, he moved back to the West 70s. Later, he worked for the NY Attorney General’s office and for the advocacy organization Children’s Rights.  Then, looking for a field of law where there was a great need and in which he could also work on his own, he chose immigration law, starting up his current practice, The Law Office of Laurence Borten in 2014.