Hidden Waters of the UWS and Central Park 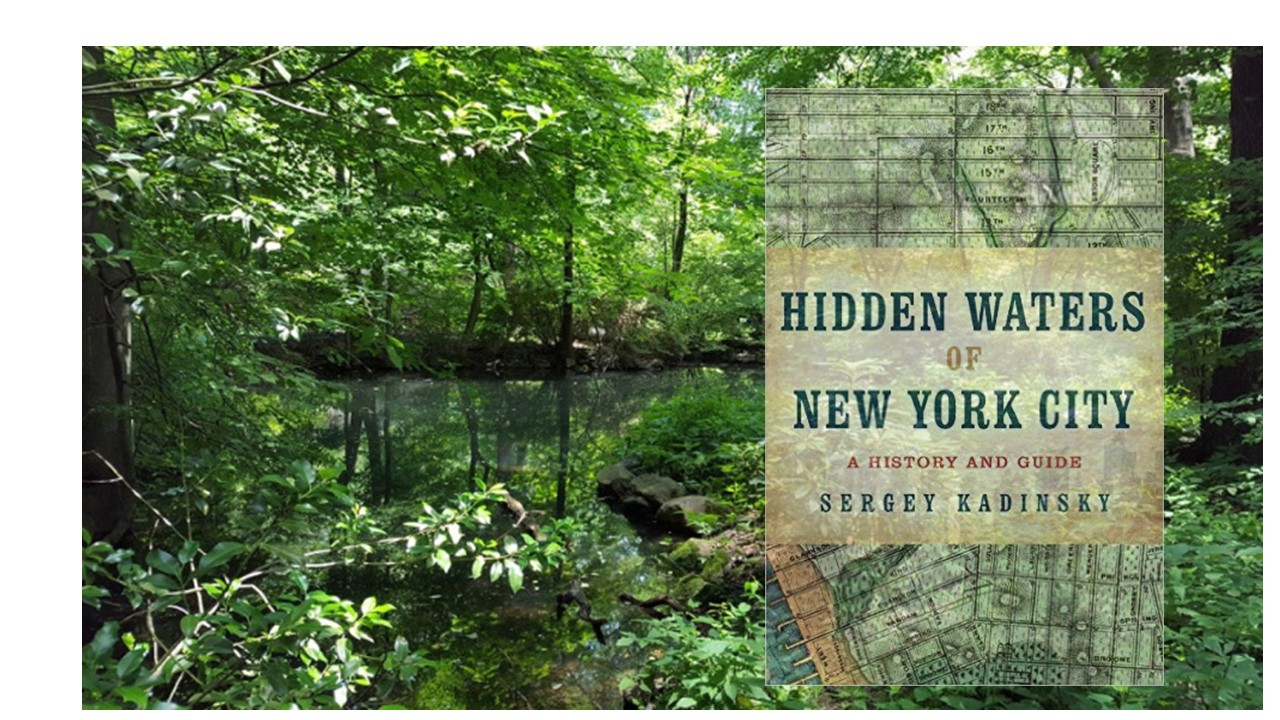 Ever wonder what lies below the Upper West Side? Landmark West dives into the hidden waters bubbling (or that once bubbled) beneath our boots, basements, and ball fields. Sergey Kadinsky, author of Hidden Waters of New York City, takes us to the river, literally. We’ll (virtually) visit streams, ponds, brooks, a rivulet, and even a bay that early residents of the Upper West Side would recognize. Then we’ll flow on into Central Park to explore its secret waters-some still remaining, others that have left nary a trickle to track.
So grab a paddle and come see if you can guess what ran where!

Sergey Kadinsky is the author of Hidden Waters of New York City: A History and Guide to 101 Forgotten Lakes, Ponds, Creeks, and Streams in the Five Boroughs. He works with the NYC Dept of Parks & Recreation, is an adjunct professor of history at Touro College, and is a licensed tour guide who paid his way through college atop the double-decker Gray Line buses. Sergey’s articles on the city’s history appeared in the New York Post and New York Daily News, among other publications.