From Farmlands to Fairway AND UWS Renovation & Preservation 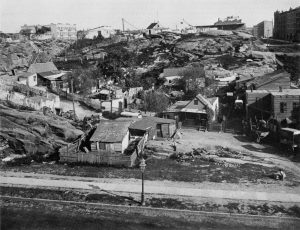 From Farmlands to Fairway: Development of the UWS Wednesday, April 17th 5:00-6:30pm  One of our city’s most knowledgeable and thoroughly engaging historians, Mosette Broderick, time-travels us back through the real estate development of the Upper West Side like few others can. Understand who built what where and when in a fast-moving, photo-packed talk that swings […]

The Once and Future Penn Station

The Once and Future Penn Station – Penn Station becomes Moynihan Station When first built, New York's Pennsylvania Station was the largest train station in the world. In 1963 the ax of progress fell transforming it into the much-maligned subterranean labyrinth of today incapable of processing the 650,000 commuters it deals with daily. Now a […]