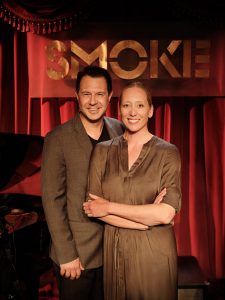 Dr. Herb Goodheart, a retired dermatologist, lives on West 105th Street with his wife Karen. Walking Molly, their cockapoo, Herb passed Smoke at 2751 Broadway recently and saw Paul Stache, co-owner of the music venue standing by a window of the newly expanded and gorgeously revamped music venue. Herb gave Paul two thumbs up. In response, Paul smiled and put his hands over his heart.

The communication between the two men reflects the excitement both Paul and his wife and co-owner Molly Sparrow Johnson share with many locals who’ve been watching renovations progress over the past two years while Smoke was closed. The four-night grand reopening July 21-24 features the George Coleman Quartet with Coleman on saxophone, plus Peter Bernstein (guitar) Davis Whitfield (piano), Peter Washington (bass) and Joe Farnsworth (guitar).

Weekend “dress rehearsals” have been hosted for about a month. Molly explains that pre-Covid they already had the support of the building’s landlord and an agreement to rent two empty stores to the south of their business “but we hadn’t decided what we would do with them.” With Covid, NYC mandated distancing, “we would only have been able to seat 14 people.” Clearly, that wouldn’t do from a business perspective. So, Paul and Molly proceeded with what Molly calls a “silver lining” meaning the idea of creating a large bar lounge. The enhancement would provide additional seating to accommodate 80 customers for concerts and dining in what is still an intimate living room-like venue.

Was a designer employed for the renovation? “No, we did that ourselves,” says Molly, noting “We are very grateful to be a small family-owned business in the neighborhood and having been able to survive the pandemic period with the support of our landlord and loans and grants affirming the importance of our small jazz club.”

She says the lounge area has a few pluses. One is that people are attracted to the lush red velvet chandelier-lit lounge as a great place to have a glass of wine and chat. It’s also an option for customers to enjoy the venue’s vibe without paying a music fee. 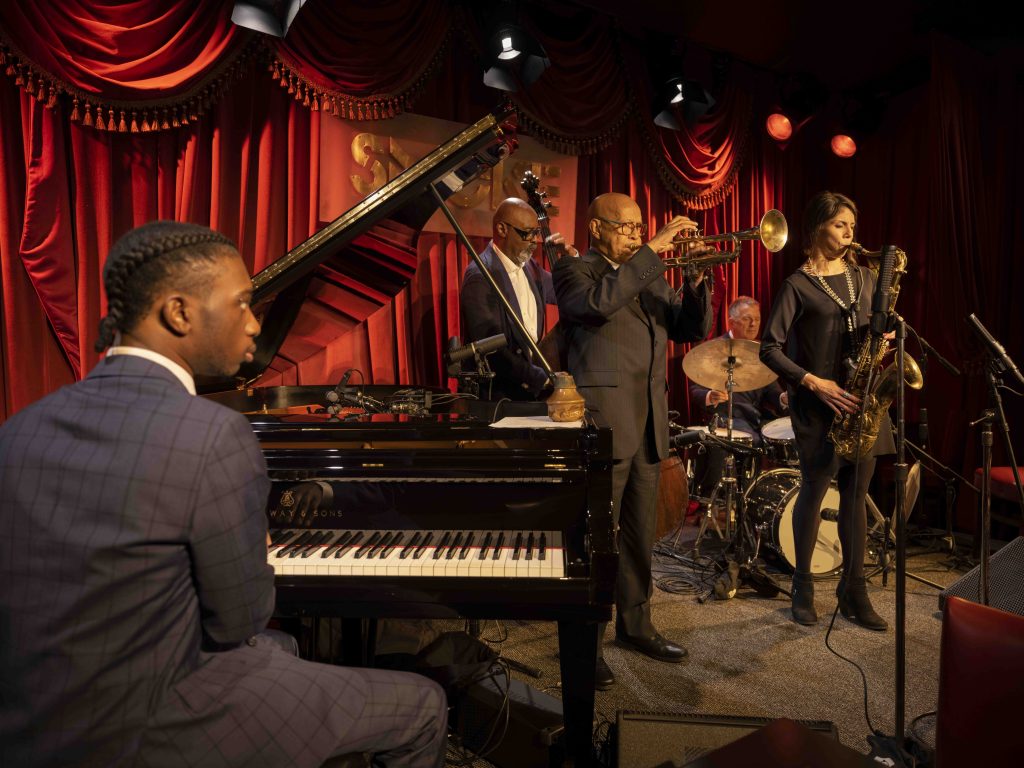 The performance space carries the same red velvet theme and incorporates some favorite elements like the red velvet banquettes and curtains from the original decor. The performance schedule (listed online) will be endlessly inviting to jazz lovers. Jazz mavens, if you want to be a regular someplace, this may very well be the right spot!

In the past, many well-known performers including Wynton Marsalis, Ron Carter, Benny Golson, and Hank Jones have entertained at Smoke. Future dates also feature outstanding musicians. Though there were many local regulars pre-Covid, the vast majority of the audience was made up of tourists. It’s hard to predict what the future will be.

Going back a couple of decades, Smoke was a jazz club called Augie’s. After Molly’s career as a ballerina was derailed by knee surgery, her best friend who was dancing in musicals advised learning bartending as “That’s what we do when we don’t have a gig.” Molly took her advice and found herself a job as a waitress at Augie’s. Paul was bartending there. When Augie retired, they decided to manage the club together. Renamed Smoke, their club opened in 1999. Paul and Molly married in 2011. Today Molly says their two sons have grown up in the family business. Smoke’s music also comes into homes via streamed sessions and its Grammy-nominated label Smoke Sessions Records.

Dr. Goodheart says that he loves jazz. In summer, if he leaves the windows of his Broadway-facing apartment open he can hear the sounds of jazz streaming in. “We also go to Smoke, “he says. “We’re happy it’s reopening, we already have reservations and we’re looking forward to enjoying the experience in the new space.”