Horses Will Live to Neigh Another Day 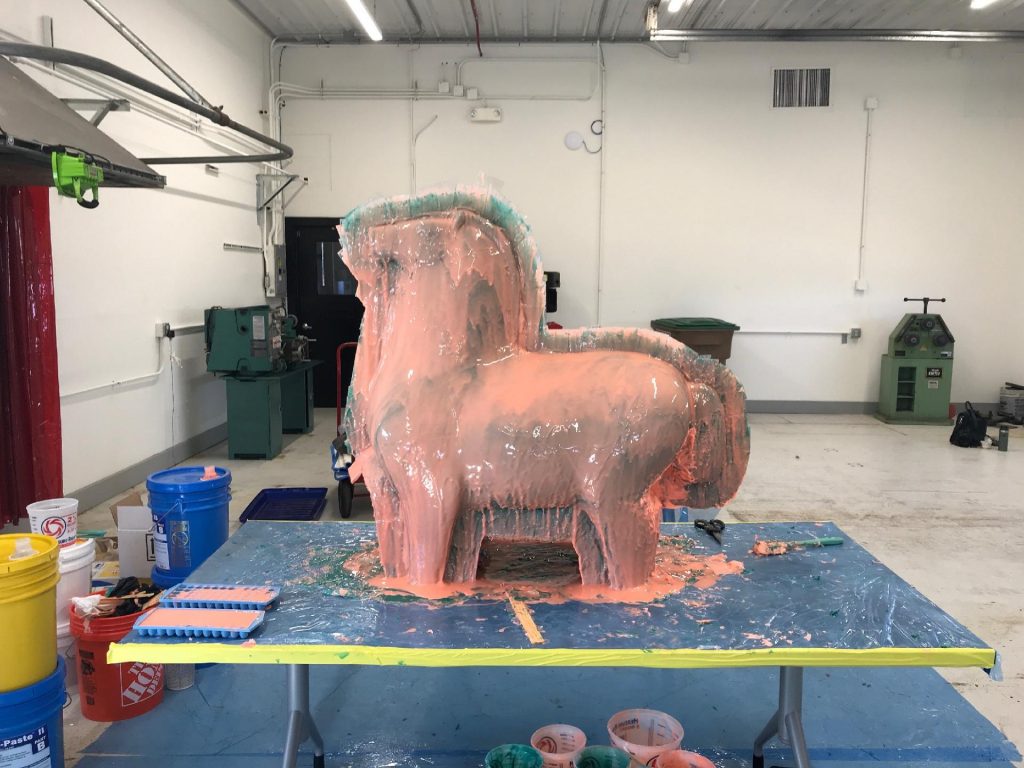 One of the Miller-family commissioned Nivola horses being cast in Columbus, Indiana for cloning. Image via Hadley Fruits/The Republic

Many were horrified when the loved, but worn horses (sometimes called llamas by residents because they were missing so many features due to years of neglect) by artist Costantino Nivola were unceremoniously removed from the playscape at Stephen Wise Towers.  In an apologetic move, contractors promised that while feet and lower legs were chopped off at the knee, the remainder of the sculptures were being held for safe keeping.

As luck would have it, patrons J. Irwin and Xenia Miller commissioned Nivola for an installation of 12 horses, appropriately titled “Horses” as a complement to the Dan Kiley-designed landscape surrounding the 1965 Edward Larabee Barnes-designed Richards Elementary School in 1970.  While that playscape no longer exists, one of the horses has lived its retirement in the superintendants office.  Jablonski is currently creating a negative cast so that the original torsos and heads can host new ears, muzzles, legs and anything else that may need to have “a little work done” after 58 years.  We look forward to the progress and a day soon when the Nivola horses can again graze on West 90th Street!