Longing for Firenze (Florence, Italy) or a Spot in Campagna (countryside) 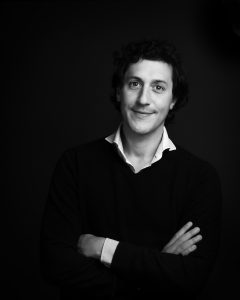 Firenze (Florence) is one of the most iconic of Italy’s many romantic destinations.  Can you imagine how very wonderful it would be to sit at a wine bar in a popular bordered piazza (square) in town or in the campagna (countryside), rereading a book by Henry James, noting your day’s adventures in a journal, or chatting with a friend or new acquaintance over a glass or two of great Tuscan red wine and a bit of cheese?

Evoking this mood and offering the provisions to closely meet those expectations on Columbus Avenue inspires the character of Felice (Happy, Happiness) according to Jacopo Giustiniani, co-owner of the restaurant scheduled to open this summer in mid-July.

Raised in Lucca, a town northwest of Firenze, “closer to the coast;” where his parents own a vineyard, he’s known about grapes and wine since he can remember.  After completing business school in Italy, he came to New York, and with business partner Gherardo Guarducci, decided to open a wine bar in 2007 at a time when the concept was still very new in NYC.  The first Felice opened that year on the East Side.

Not only did the concept take hold, but, the menu at Felice has since evolved to include some very tasty pastas that pay homage to the idea that simply cooked pasta of excellent quality enhanced with a sauce made of high quality ingredients will always please.

“I would have Tonnarelli Cacio e Pepe — the most delicious pasta made with parmesan and pecorino cheese, olive oil and black pepper.”

“A Sangiovese – the Felice Rosso, our private label made with 100 percent Sangiovese grapes.” Would he have a dessert?  Jacopo laughs.  “There’s always room for gelato.”

Jacopo is an enthusiastic Upper West Sider.  He lives in the neighborhood with his wife and two children.  “I like the Upper West Side. My kids go to school here.  I have a connection to the community. “He was determined to “find the right corner” for a Felice restaurant on the UWS, but “it took nine years to find the right one.”  The question he’s asked most about the location is whether the 1971 bas relief by Arturo Martin Garcia will be preserved.  The answer is an adamant “Yes. We always research the historical settings of our restaurants and respect them.  We know how much this artwork means to many local residents.”  Originally, the piece was intended to depict sugar cane farming in Cuba, later when the Cuban restaurant was replaced by a Malaysian restaurant, the piece seemed to evoke bamboo and water Buffalo of Asia.  Now, Jacopo says somehow the agricultural scene reminds him a bit of the countryside of Tuscany.