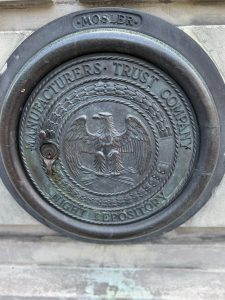 Richard Krasilovsky, the owner of Empire Safe Company, Inc., earned a Master’s Degree from Antioch New England graduate center in Keene, NH, (1975-1977) focusing on environmental sciences with an emphasis on education. Rather than continuing his pursuit of teaching others how to appreciate and protect the environment in their communities, he ended up joining his family’s business, where he has been applying his expertise by evaluating the crime risks affecting the diamond, jewelry, precious metals, and watch industries. Krasilovsky has been an Upper West Sider since the 1970s.

Since gold began being traded as a commodity in 1978, its value went from $32 per ounce to over $800 within a few years. This alone made the jewelry industry a major target for burglars. Krasilovsky began his focus on the industry in 1978 and has been deeply involved ever since. Literally, thousands of jewelers experienced devastating burglaries back then since the majority of safes they relied upon were not capable of preventing “unsophisticated” burglary attacks. Krasilovsky researched burglaries throughout the Metropolitan New York area on a regular basis which helped him better understand how burglars operated, the types of tools they used to break into safes and vault rooms, and then some. He was constantly challenged to come up with better ways to help protect clients from burglary attacks.

Over the past 45 years, he has become an expert as it pertains to the development of the highest security safes relied upon by industries where extremely high-valued merchandise is protected overnight. His in-depth focus in this area has made him the “go-to” specialist where he engages on a daily basis with American and Lloyds insurance groups who are responsible for providing coverage to tens of thousands of businesses (and high-net-worth individuals). His interest in “preventing” burglaries from being considered in the first place has enabled him to be effective in collaborating with insurance surveyors, security consultants, architects, and end users on the actual design of retail stores, manufacturing and distribution facilities, etc. He has influenced the correct placement of safes as well as vault rooms within premises to reduce the risks as well.

A New York Times article points to a brochure of maximum security safes at Empire indicating that they are made of “torch and drill resistant (TDR) armor castings” offering “superior protection against attack,” by everything from common tools to thermal and electrical equipment, such as oxyacetylene torches, high speed carbide drills, disc cutters, and even explosives.”  Richard realized early on that the development of a complete selection of such safes for industry was where he needed to concentrate his efforts. This focus has helped prevent virtually 100% of the burglars attacking his high-security products from being successful since 1980. 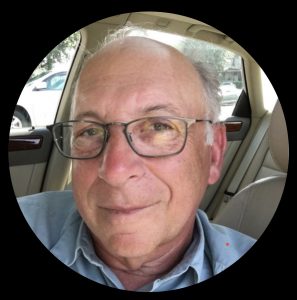 In addition to helping develop the most secure safes for industry, since many jewelry companies needed to have vault rooms to operate efficiently, and with the majority of firms being located in high-rise buildings in New York City,  Krasilovsky researched better vault designs that were desperately needed, not only from a security point of view but also from a weight point of view. In 1979, he ended up finding a contractor to collaborate with initially in reinforcing existing vault rooms to help protect higher values within them. And then, when they needed to build vaults for jewelers moving into new premises, they needed to come up with a lighter and stronger design to protect higher valued inventories.

The end result was the development of the “modular vault” industry where they installed hundreds of “prefabricated” vaults made up of panels that were transported in elevators and assembled on site. Krasilovsky complemented the vault panels with lightweight high security “torch and drill resistant” vault doors that could be transported up elevators.  In 1983 this innovation became an industry in itself, where Underwriters Laboratories developed performance tests to certify vault manufacturers who, in addition to supplying the jewelry industry, have supplied literally thousands of vaults for the financial, pharmaceutical, US Government and other industries throughout the world.

Empire is a family-owned company that began in 1904. Krasilovsky’s company and affiliates have managed the technologies needed to safeguard hundreds of millions of dollars of jewelry for customers like Tiffany, Cartier, Bulgari, Harry Winston, De Beers, Graff Diamonds, and Rolex.

Coincidentally, Krasilovsky lives just a few blocks away from the location of a one-time Manufacturer’s Trust Bank at 2760 Broadway at 106th Street.  Vacant since Duane Reade pharmacy closed the branch in 2022, the side of the 1928 corner building that faces Broadway still boasts a relic of the earlier bank tenant: a night depository safe. Its round 18”-diameter bronze door is ornamented with a bas relief of the American seal featuring a bald eagle. Krasilovsky says this night depository safe dates back to the 1920’s. This depository was manufactured by Mosler, for over 100 years the largest safe maker in the United States. (Mosler was also the manufacturer of the vault at Fort Knox and even designed the protection of the Declaration of Independence.)

Bank night depositories are rarely used today by banks for merchants who still have cash and checks to deposit after bank closing hours. For many years there were risks of merchants being followed and robbed while bringing cash to the depositories that were accessible from the sidewalk.  Lobby installations of depositories and ATM machines, may offer more security to those depositing cash or checks but also risk confrontations with homeless people who are sheltering in these areas. Fortunately for the majority of merchants collecting cash over the past 50 years, they have had the option of using their own in-house daytime deposit safes while hiring armored car services to pick up cash from their businesses, helping eliminate the risk of hold-ups in their businesses as well as on the street. And today, there is much less cash being used to transact business, further reducing the risk of confrontation by robbers.

With a boundless enthusiasm as a designer, innovator and consultant, Krasilovsky has also made his mark in the consumer market where he has designed “scaled down” versions of their safes for the jewelry industry making them ideal for residential applications. High in security and quality, they customize these products with jewelry and watch interiors, outfitted with trays, watch winders, and other types of storage systems for a variety of valuable items.

His most recent development has been the creation of the “Diamond TDR Series” safes, a complete selection of streamlined maximum security safes that are not only ideal for the jewelry industry but also for residential applications, where customers are protecting items with a total value from $500,000 to $50,000,000 or more. These products are totally unique to the marketplace and are in great demand today. Empire offers 39 standard models, with storage capacities ranging from 2.1 to 27.5 cubic feet.  In addition, they have added the world’s most sophisticated “redundant” electronic locking systems to these safes that help prevent lockouts…something that one wants to avoid since it’s incredibly difficult for even the best safe technicians to open these safes…incredibly difficult.

Bank robbers and ingenious robberies have long fascinated the public, the media, and moviemakers. Bank heist movies are numerous and have been rated. The New York Times reported the theft of a bank depository where a police officer speculated that the theft may have been inspired by a movie, ”’A Fistful of Dollars’ might have been on a late show and given somebody the idea,” said Trooper Lee Osborne of the Connecticut State Police in Southbury. The town’s branch of the Colonial Bank was robbed on Christmas morning:  “Trooper Osborne was referring to a popular movie in which bandits blow a hole in the wall of an El Paso bank, park a horse-drawn wagon against the wall, lasso the safe and drive off with it.”

An innovative bank vault that attracted huge media attention was in the window of the glass-fronted, International-style (individually landmarked) Manufacturers Trust Company Building built in 1953-54 at 43rd Street and 5th Avenue. Its claim to fame was that it was not hidden away in a basement but presented its impenetrability as an attraction to passers-by. The door and the front wall of this vault (part of its interior landmark designation) are still on display on Fifth Avenue…still a very beautiful sight to see.

Some repurposing of bank vaults was described in the Wall Street Journal, “After renovating majestic old bank lobbies — and sometimes their vaults — hotels and restaurants get pretty elegant digs for themselves. In New Orleans, a [former] restaurant called 56 Degrees decorated the vault it turned into one of its dining rooms with paintings of jewelry. The Regent Hotel on Wall Street, which [briefly, now Cipriani Wall Street] took over the [individual and interior landmarked] building that once housed the Merchants’ Exchange and the New York Stock and Exchange Board, has a conference room that had been a vault.”

And, then among other creative challenges, Krasilovsky’s vault manufacturing group was asked to design the huge round vault door that invites visitors into the Gallery of Numismatics at the Smithsonian’s Museum of American History in Washington DC. Though designed for the exhibit and larger than a typical vault door it highlights the value and rarity of the collection beckoning viewers to enter and enjoy. His group manufactures and installs more normal-sized round vault doors in banks and even high-end residences throughout the world.