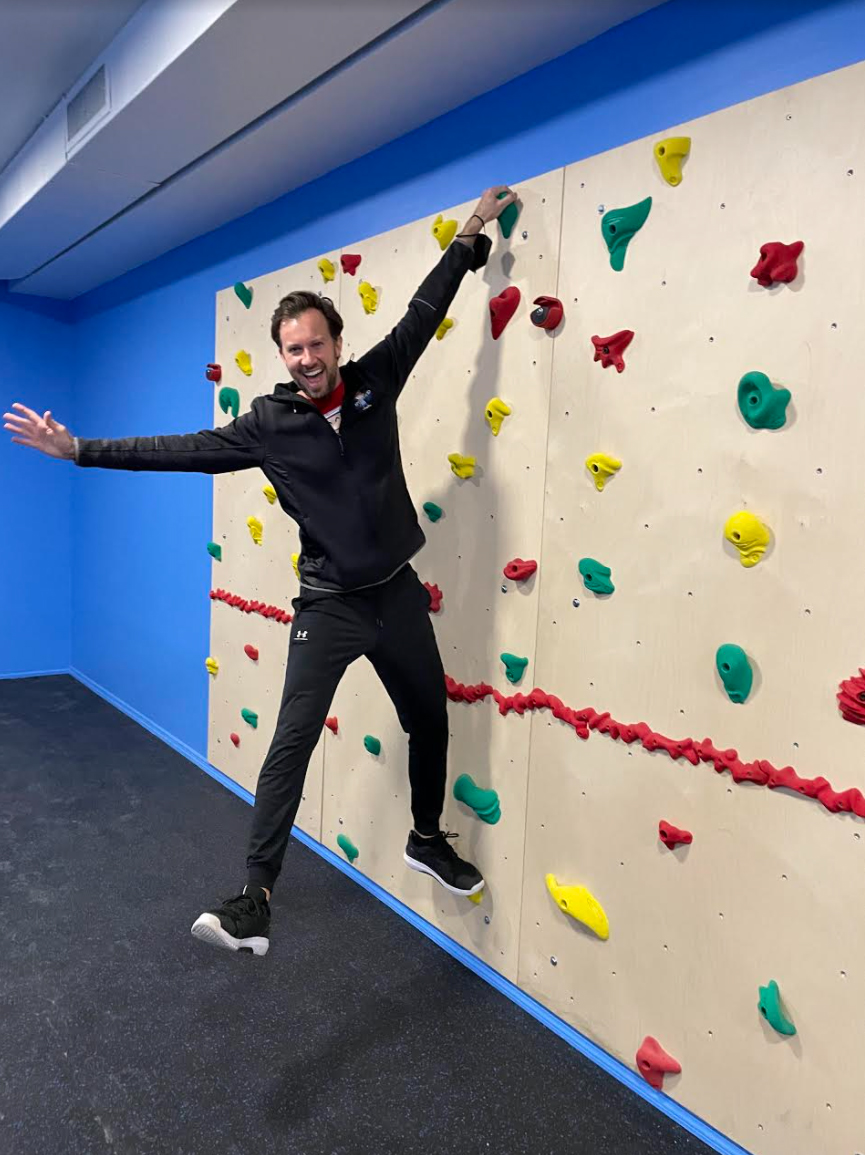 Talk to coach Michael Shipper for half a minute, and you already feel boosted by his enthusiasm and positivity. Mike has just opened Empowered Sports and Fitness at 117 West 72nd Street.  He is very open about how his own diagnosis of a learning disability while in grade school influenced his professional mission. His overall goal is to help people with learning differences gain confidence and acquire a positive outlook in experiencing success. What is his professional specialty? “I’m a personal trainer, autism fitness specialist, and physical literacy specialist,” he says, explaining his multifaceted field of expertise.

Sports is the way he reaches young, and some older, athletes. The youngsters are mostly on the autism spectrum. They arrive with various skill levels physically, adaptively, and cognitively. Many have experienced considerable frustration and stress, and their parents find that organized sports may not be the best route for their child. Mike explained that “following hidden rules and multi-step directions, in addition to competition, winning/losing, and taking turns may be challenging.” Mike has created a program that provides opportunities for athletes of all abilities and backgrounds, which ultimately translate to all around life skills.

At age five, Mike was diagnosed with a learning disability. His parents decided the best course of action was to find a school program that specialized in educating children with learning differences. They found Eagle Hill, a school located in Greenwich, Connecticut. Although this meant a daily two-hour commute on a school bus, Mike says he and his parents appreciated from early on that this was his path to succeed in school and feeling good about himself. “I was lucky to be good at sports,” he says.  In the classroom, the school’s faculty understood the way he approached learning and, more specifically, the way he retained information.  After four years at Eagle Hill, he was mainstreamed at York Prep on the Upper West Side, where he and his parents were able to work with his teachers on the best approaches to ensure that he was able to perform well in class and on tests.

Over the past six years, Coach Mike and his Empowered Sports and Fitness team have been working with individual athletes in their homes and/or in nearby parks in Manhattan. Now, the ample space in his new gym on West 72nd Street facilitates group activities, within the guidelines of Covid precautions. Mike has three other coaches on his team. Small group interactions are also a plus in terms of providing a context for participants to achieve greater success while interacting with peers. Mike embraces the concept of inclusion.

In other words, Mike gets into the mindset of the athlete and explores areas of imagination and creativity, and he utilizes the interests and passions of the athlete to engage them in movement games. For example, he will intertwine an adolescent’s fascination with superheroes such as the Incredible Hulk, Ironman, Thor, Spiderman, Black Panther in the process of learning how to shoot a basket or scale a climbing wall. For athletes with learning differences, this is fun, less stressful, and more effective than hearing a coach barking out directions or pointing out mistakes they may have made unintentionally.

Mike is Upper West Side all the way.  His parents still live in the West 86th Street apartment where he and his brother grew up. His father grew up in The Majestic and has recently retired from his Upper West Side dental practice.  Mike currently lives on West 72nd Street. So while he hopes to open more gyms in the future, there’s a special satisfaction in opening his first brick and mortar facility, in a meticulously renovated space, right in his own UWS neighborhood.