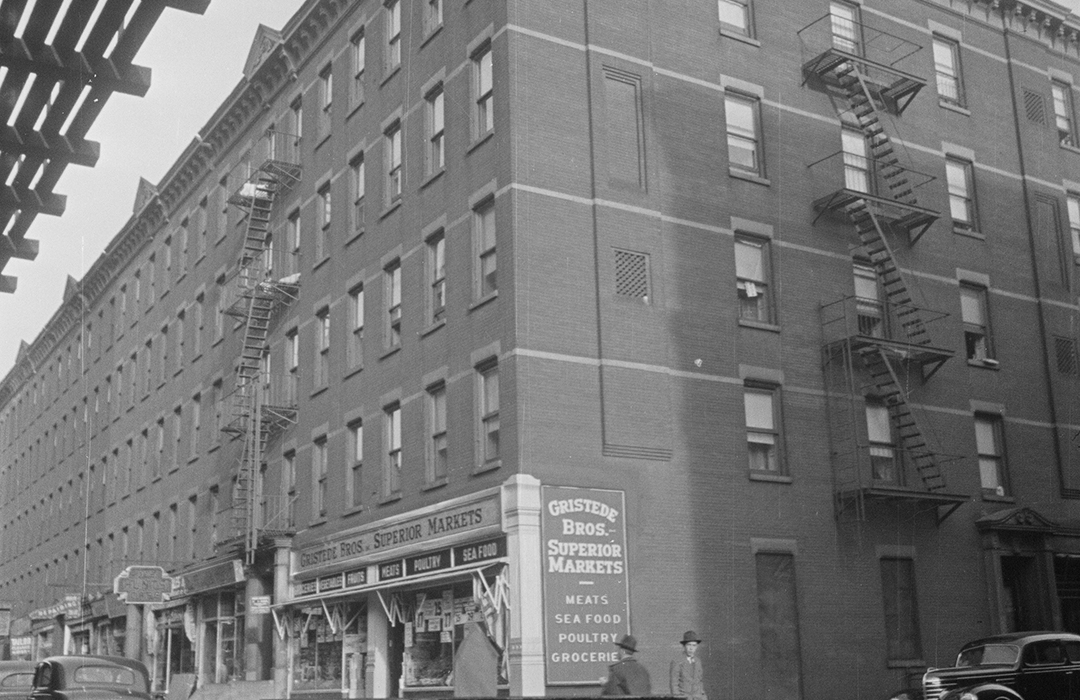 Sarah J. Doying was anything but a Victorian housewife. Active in real estate development she was highly involved developing the Upper West Side in the 1880’s. In May 1886 she embarked on an ambitious project—the construction of six five-story brick flat houses that would engulf the entire eastern blockfront of Ninth Avenue (renamed Columbus Avenue in 1896) from 69th to 70th Streets. Although her husband, builder Ira Doying, sometimes doubled as an architect, she turned to the firm of Hubert & Pirsson to design this significant commission.

The architects filed plans on May 21. Each of the interior buildings would cost about $385,000 today to construct, and the corner structures $275,000. Doying may have overstretched herself for only half of the project was built. The three harmonious buildings would have the addresses of 201, 203-205, and 207-209 Columbus Avenue. Residents of the corner building entered around the corner at 67 West 69th Street.

Completed in 1887 the brick-faced buildings were designed in the modern neo-Grec style. At three bays wide, the 201 Columbus Avenue was half as wide as its twin neighbors. What could have been a monotonous repetition of pressed metal brackets along the continuous cornice was broken by two triangular pediments directly about the doorways of 205 and 207.

Immigrants brought traditions from their homeland. Denis Hurley lived in the corner building in 1913 and enjoyed a sport somewhat new to Americans—soccer.

The apartments filled with tenants of modest means, many of them newcomers to America. The street level stores reflected the diversity of the neighborhood’s population. In 1896 John DeGioanni’s “eating house” was located in 203 Columbus Avenue while next door was the shop of Frank Bird & Son, “painters, paper-hangers and decorators.” (Frank Bird and his family lived in the building as well.)

The John Seabrook family lived at 203 for years. In 1895 John was among the Upper West Siders who sent a petition to the Board of Aldermen asking for a bicycle path between the upper and lower parts of the city. Two other tenants, Charles Wood and Charles Wood, Jr. also signed it. The following year Sidney Seabrook was listed as a “clerk” in city directories in 1896, and Violet Seabrook was a stenographer in 1897.

By 1898 DeGioanni’s restaurant had been replaced by Charles M. Beck’s fish store. Still here a decade later, he obtained a license to “to keep oysters for sale at No. 205 Columbus Av.” in 1910.

Immigrants brought traditions from their homeland. Denis Hurley lived in the corner building in 1913 and enjoyed a sport somewhat new to Americans—soccer. It tragically ended in his death that summer. The Irish newspaper The Advocate reported on August 2 “An unfortunate incident occurred at Van Cortlandt Park Sunday last, when Denis Hurley, a Gaelic footballer, was accidentally kicked in a scrimmage, afterwards succumbing to his injuries.” 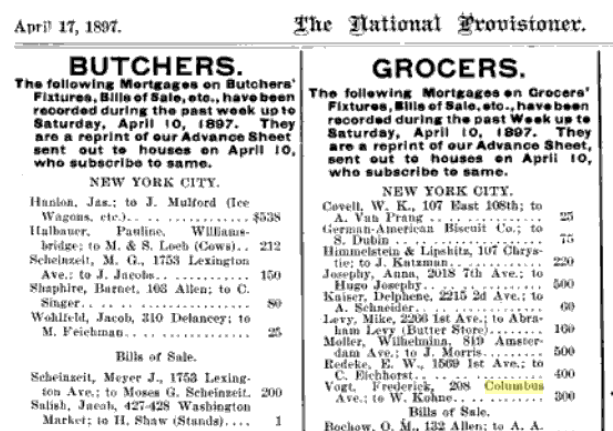 Immigrant Frederick Vogt had his grocery here in 1897 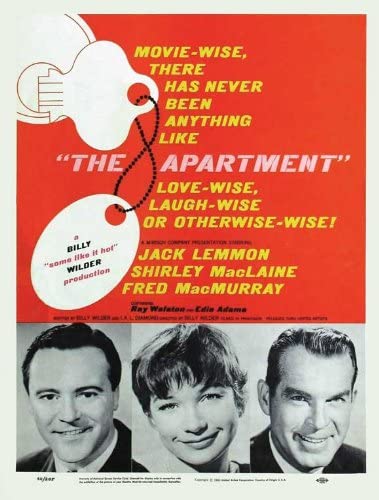 Movie Poster from “The Apartment” 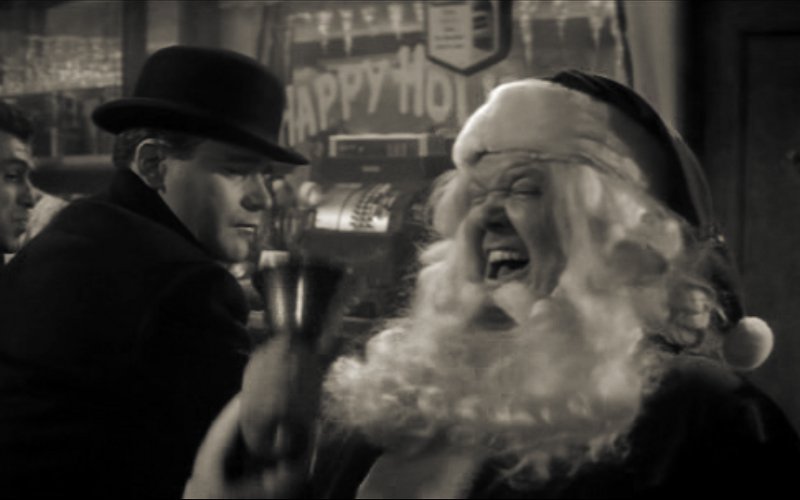 filmed at 205 Columbus when it was the Emerald Inn

Also living in 201 Columbus Avenue was the remarkable Sarah D. Brown. She came to New York in 1890 and made her reputation not only as a temperance advocate, but a children’s story author. Sarah became an invalid in 1910 but lived on in her apartment until her death at the age of 90 on June 21, 1920. She had sealed an envelope in 1906 with instructions not to open until after her death. It contained her wishes that her ashes “be strewn over the Statue of Liberty.”

She had also requested and a member of the “nation’s fighting forces” be present at the ceremony. And so on June 29 an employee of the Campbell Funeral Church and Marine Lieutenant Frank Mallen took Sarah’s ashes aboard a hired airplane. The New-York Tribune explained “When the ashes are dropped from the machine nine white roses and two red ones, representing Mrs. Brown’s age, also will be dropped over the statue.”

Another colorful figure was Cecilio Ocon who lived with his wife and four children in 205 Columbus Avenue. He had been a millionaire in Mexico during the Diaz regime; but following the Mexican Revolution led by José Heurta in 1913 he was condemned to death.

Another colorful figure was Cecilio Ocon who lived with his wife and four children in 205 Columbus Avenue. He had been a millionaire in Mexico during the Diaz regime; but following the Mexican Revolution led by José Heurta in 1913 he was condemned to death. He fled to New York and took what The Sun referred to as “modest apartments” here.   His troubles continued, however. Customs officials searched his apartment in March 1916 and, finding a necklace made up of 57 diamonds, arrested him for attempted smuggling.

The side-by-side buildings continued to lure newly arrived citizens. John Hunt came from Sligo, Ireland and opened his tavern in 205 Columbus Avenue in 1945. The space was the original home to The Emerald Inn, an Irish bar-restaurant, rising pints until 2013.

In time, the Columbus Avenue neighborhood had become trendy. In the early 1980’s The Red Baron “where a piano player/singer entertains,” was in the corner spot, replaced by Columbus Restaurant in 1990. Subsequent stores along the row included the upscale Kate Spade boutique (now, Marine Layer) and Papyrus stationery store.

Shop local to support the businesses currently at 201-209 Columbus Avenue: