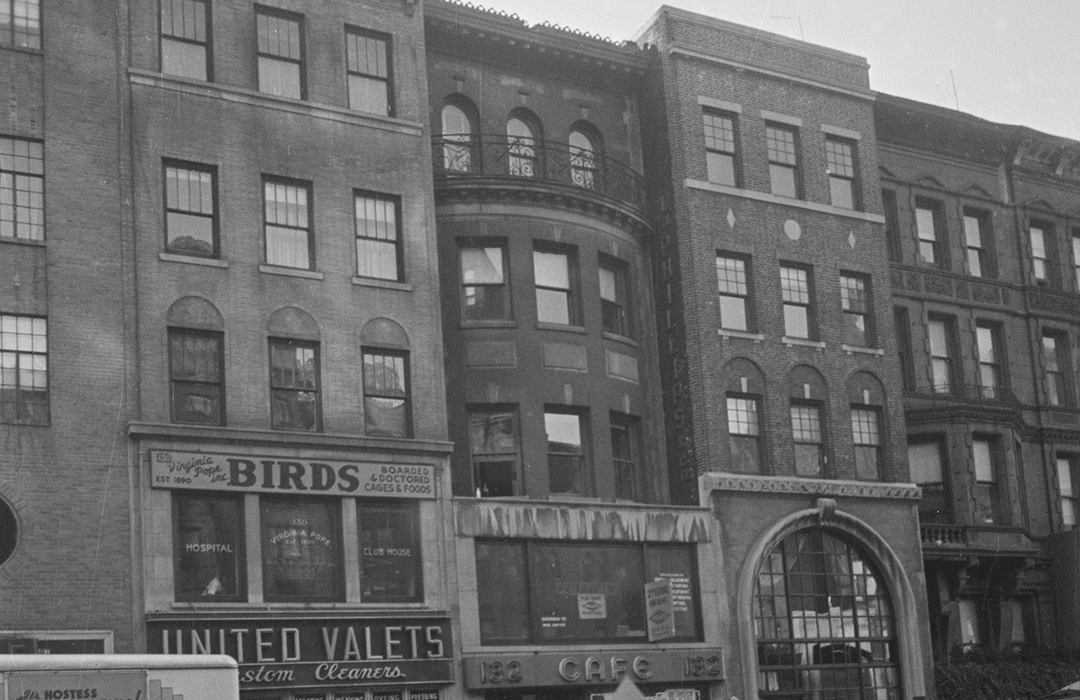 A Most Unfortunate Misstep

James R. Breen and Alfred G. Nason had started their partnership following the Civil War as carpenters.  By the early 1870’s they had become full-fledged contractors who sometimes acted as their own developers and architects.  Among the structures they would build was Grant’s Tomb on Riverside Drive.

On New Year’s Eve, 1886 they sold the newly completed four-story house at 132 West 72nd Street to Charles Wise.  The price for the high-stooped residence was $41,500—or about $1.18 million today–at a time when West 72nd Street as rapidly becoming a mansion-lined thoroughfare.  By the time Katherine L. Gilbert purchased 132 West 72nd Street on May 17, 1901, it was among Manhattan’s most exclusive residential streets.

Before moving in, Katherine hired the architectural firm of Boring & Tilton to update the house.  The alterations, costing the equivalent of $377,000 today, resulted in what architectural journalist Christopher Gray would later call “an East Side-style town house.”  A widow, Katherine had one daughter, Kathleen.  Their summer home was in Patchogue, Long Island.

Katherine was a member of the International Sunshine Society, a group formed prior to the Civil War “to incite its members to a performance of kind and helpful deeds and thus to bring the sunshine of happiness into the greatest possible number of hearts and homes.”  While it seemed frivolous on the surface, the Society established day nurseries, fresh air homes, lunchrooms, and free libraries.  On April 29, 1904, Katherine hosted the Board and Council meeting of the Society.  After the long agenda of business was taken care of, “Mrs. Gilbert invited her guests into the dining room where bountiful refreshments were served and a social hour enjoyed,” reported the Times Union.

Among its rules were, “That the Andiron Club strive to keep its roll of members free from the name of any man not literary in his sympathies and an enthusiastic supporter of literary work,” and “Let the fraudulent contributor be ostracized.”

Later that year Katherine announced Kathleen’s engagement to Frank Earle Hayward.  The Suffolk County News added to the story on November 18, 1904, saying “Mrs. Gilbert is one of the most popular members of Patchogue’s summer colony and her daughter is spoken of as a very charming young woman.”  The wedding, described by The Brooklyn Daily Eagle as “of much interest,” took place in the drawing room of 132 West 72nd Street on January 18, 1905.

Katherine L. Gilbert leased her home in October 1913 to the Andiron Club.  It had been founded on December 20, 1907 by a group of college instructors and undergraduates.  Among its rules were, “That the Andiron Club strive to keep its roll of members free from the name of any man not literary in his sympathies and an enthusiastic supporter of literary work,” and “Let the fraudulent contributor be ostracized.”

Although its members were, overall, younger than those in men’s social clubs like the Colonial Club or the Union Club, its events were no less serious and upscale.  On March 24, 1917, for instance, a dinner was held here in honor of Postmaster Thomas G. Patten and Collector William H. Edwards.  The New York Herald reported, “From every political part in this city, from the Bench, the Bar, and journalism, there was response to the call to honor the two men.”

Among the guests that night was James W. Gerard who had recently returned from his post as the last United States Ambassador to Imperial Germany.  He “was prevailed upon by members of the club to speak,” said the article.  The men wanted his opinion of the current tense global situation.  He said in part:

We are going into this war because we believe we are right.  We want peace.  We do not want war, but sometimes it is forced upon you, and the Germans do not understand the American character.  They can’t understand it…We want peace, but we must have it with honor. 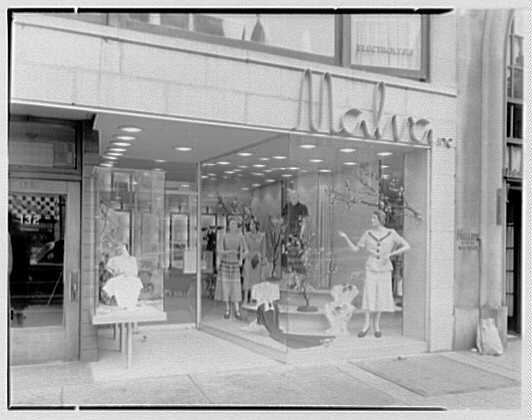 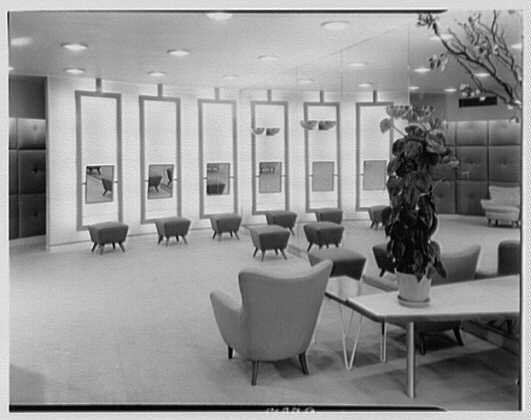 At some point Katherine transferred title to the West 72nd Street house to Kathleen, who did not renew the Andiron Club’s lease in 1919.  Instead, in March that year she hired architect A. White Pierce to do alterations for her new tenant, the 132 West Seventy-second Street Corporation.  Pierce removed the stoop and installed a two-story commercial front.  From the exterior, Katherine L. Gilbert’s red brick mansion was unchanged above the second floor.

The alterations, completed the following year, resulted in a store on the ground floor, an office on the second, and walk-up apartments above.  The two-room and bathroom apartments rented for about $1,550 per month in today’s dollars.

The second-floor space was leased to the Intercollegiate Zionist Association.  It held discussions and lectures, such as the talk given by Norman Hapgood on March 14, 1920 on “The Relation of Palestine to the New Liberal World Order,” or that given by Mark E. Ravage the following month on “America and the Jews.”

The ground floor space became home to the Houghton Company in 1922.  Organized in 1914, the realty firm was “specialists in West Side dwelling and apartments,” according to the New York Herald.

The building was the scene of a bizarre accident on the night of October 20, 1936.  Mae Kelly was visiting a friend in a rear, third-floor apartment.  According to the New York Evening Post, the 28-year-old mistook “a French window for a door” and walked out, plummeting to the pavement.  “She was taken to Bellevue Hospital, suffering from a possible fracture of the right hip and leg,” said the article.

According to the New York Evening Post, the 28-year-old mistook “a French window for a door” and walked out, plummeting to the pavement.

By 1949, Florana, a dermatological clinic, was in the second-floor space.  An advertisement on December 3, 1950 touted, “Look Young, Get Rid of Wrinkles!!!”  The ad promised to “clean up pimples, blackheads, acne-pits, oily skin, skin-disorders, freckles and light-scars.”  In the meantime, the ground floor was home to Malva, a European furniture and décor store.

A renovation completed in 1974 did away with the second-floor commercial space.  Now there were three apartments on that level through the fourth floor, and two more on the fifth.  Malva remained in the store at least through 1975.

Following Malva, Grecophilia opened here.  And by 1991 the store was home to the pet store, the International Kennel Club.  The shop received unwanted press that year after Jean Kelly purchased a golden retriever puppy.  Newsday reported on November 18, “But within two-and-a-half weeks, ‘Quiche Lorraine’ had to be euthanized, despite antibiotics and hospitalization, Kelly said.  Kelly’s dog had distemper, a frequently fatal contagious canine virus.”  Partly because of Kelly’s case, The Pet Lemon Law was passed, giving purchasers the right to a refund if the pet was found to be “unfit for purchase.”  Despite its public black eye, the International Kennel Club was in the space at least through 1995.  Later, tenant Dramatics Spa closed in 2019.

While the lower two floors would benefit from some dressing up, the top three floors of Katherine L. Gilbert’s handsome mansion survive nearly intact.