Following a competitive bidding war, and a July 2018 purchase with a 5-year sale/lease-back agreement with the Walt Disney Corporation, Silverstein Properties flips the ABC Columbus Avenue Campus for $930M without even changing the locks.

Read COMMERCIAL OBSERVER Report
Needless to say, much has changed since the original 2018 purchase.

If you’re gonna play the game,

You gotta learn to play it right

Silverstein had previously parceled off the West End Avenue Campus which is already under redevelopment.
But more importantly, thanks to egregious proposals, the Department of City Planning has reined in unlimited mechanical voids made infamous by 50 West 66th Street and the “Jetsons” building.
Our elected officials have proposed legislation to return predictability to Zoning and the market has shifted. Lincoln Square is currently the neighborhood with the greatest apartment vacancy in New York City.
Apparently not everyone

knows when to fold ’em,

knows when to walk away,

and knows when to run.

Build What We Need
LANDMARK WEST! has been active on the ABC site since 2018. Our proposal, (with Co-Applicant CB7) to bring the ABC site into the jurisdiction of the Lincoln Square Special District will not deprive the owner of one square foot of development potential but instead inform massing to be more in keeping with the surrounding neighborhood.
Speaking of which…LANDMARK WEST! and our Lawyers remain ready for our day in court over 50 West 66th Street. After extensions, we are due to receive papers in early March and expect to have our appeal heard in the April session. We will post all news to our site. 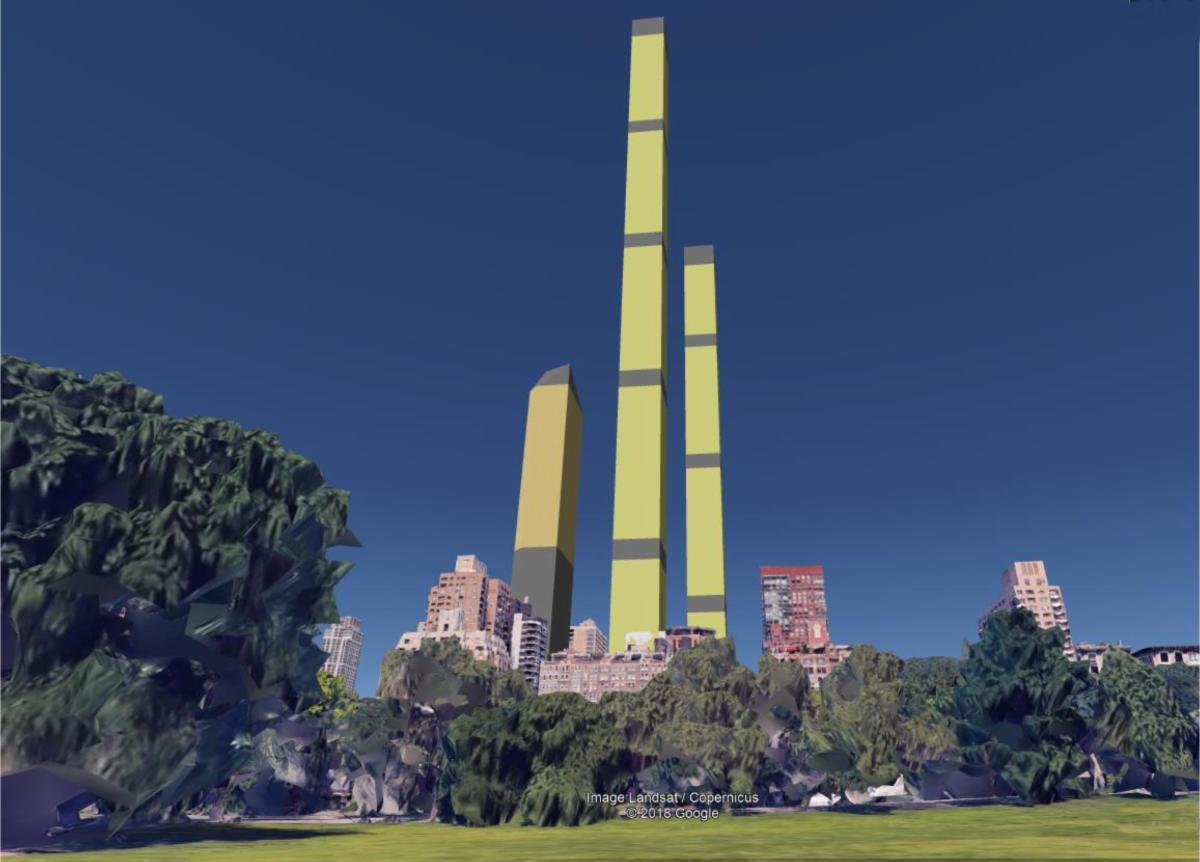 the secret to survivin’

is knowin’ what to throw away

And knowin’ what to keep

We could just wax poetic about beautiful cornices and breezy stoops (as we often do) but then where would the neighborhood be?
As The Committee to Preserve the Upper West Side since 1985, we have a pretty good idea about what to keep.
The developer who just purchased ABC is the same developer responsible for the first supertall on Billionaire’s Row, as well as the largest…and not to mention 50 West 66th Street.