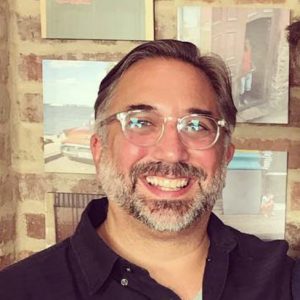 Chef Marco Canora says his original Brodo was born out of a small window at Hearth, his restaurant on First Avenue. “I sold hot cups of broth to passers-by,” said Chef Canora.

Actually, the inspiration arrived much earlier. Chef Canora grew up in the town of Milton, NY. “We now call it Milton on Hudson.” The family had a plentiful garden and his mother was a wonderful cook. Brodo (Italian for broth) figured prominently in his mother’s kitchen. Traditional broth is made from a mixture of chicken, beef, and turkey bones along with tomato products and spices. The broth was enjoyed on its own or simply boiled with pastina, as well as a foundation for holiday meals and soups.

Chef Canora gained his first restaurant experience working in the kitchen at the long-time popular Hudson Valley restaurant called the Ship Lantern Inn. He left the Hudson Valley to go to Pace University’s downtown campus and got his first job after school in the restaurant business at the Dean & DeLuca flagship location on Prince Street. Early on, he also worked with Danny Meyer at Gramercy Tavern and with Tom Colicchio at Craft. About 18 years ago, he opened Hearth which is having ongoing success.

Always looking for additional opportunities to be creative in the kitchen, Chef Canora said that a few years ago “it felt that the time was right to open a broth-centered shop. They say the market will tell you. Consumers were ready.” He started with one Brodo in the East Village. Now, in addition, there are Brodo shops at 2144 Broadway on the Upper West Side, on the Upper East Side, and in the West Village.

Brodo broth can also be ordered online at BRODO.COM arriving throughout the US via 2-day delivery. It may also be bought through Fresh Direct and at Whole Foods.

The small, personal shop on Broadway between 75-76th Streets, like the other Brodo shops, has an evolving menu. The basic concept involves the customer’s choice of chicken, veggie, beef, or hearth broth. Then, there are customized additions. Deeply rooted, for example, has the added features of ginger juice and freshly ground turmeric. Spicy Nonna broth boasts roasted garlic and Calabrian chili.

Chef Canora said that in response to customer feedback, toasted slices of loaves of bread made at the Sullivan Street Bakery are served spread with a choice of toppings like butter and salt, or rosemary oil and garlic. New offerings also include some hearty soups and a wonderful gazpacho.

Chef Canora’s personal broth favorite is Oishi Oishi which he described as basically a 50/50 mix of veggie broth and meat broth with roasted garlic, Reishi powder and grass-fed butter.  It’s then frothed up and tastes like a mushroom, garlicky latte,”

Chef Canora is particularly proud that the Brodo concept aligns with contemporary concerns about health and well-being. “I’m really on a mission to help the health of this country and pleased that this traditional broth can help health outcomes. It’s not as cheap as a can of coke but worth the commitment.”