“I just have very, very little contact with lobbyists” 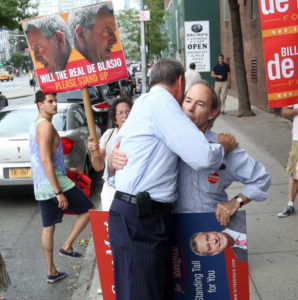 The New York Post reports that the mayor is off the proverbial sauce.  After MONTHS of reports about his ties to lobbyists and pay-to-play politics, Mayor de Blasio claims he “was” a friend of James Capalino but that they are no longer in contact. Reporters are waiting to hear from de Blasio’s press secretary, Eric Phillips as to when the mayor’s contact with James Capalino and his staff ceased.  We will see if this “cold turkey” attempt lasts of if there is a relapse.  Check back for updates!