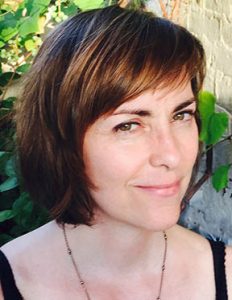 When Leslie Daley was a teenage gymnast she had a terrible fall. She recovered. But, a few years later when visiting colleges, she had the frightening experience of having her neck muscles lock, “I couldn’t turn in either direction.” Normal movement returned. But the realization that the impact of the earlier trauma required ongoing treatment led her to seek out all kinds of bodywork and therapies. In her forties, she finally found Myofascial Release, a treatment that had profound, lasting effects.

Myofascial Release, Daley explains, is a hands-on therapy intended to eliminate chronic pain. The gentle sustained pressure she applies to problematic, restricted connective tissue, is effective, even with “old pain” caused by an injury that occurred long in the past. More specifically, a scar may suggest that while outwardly a wound has healed, in reality, the tissue beneath the surface may continue to adhere causing ongoing, sometimes mysterious, pain.

Daley said the actual treatment is very gentle, doesn’t hurt, and “takes into consideration a person’s total body patterns.” She also provides guidance in self-treatment to provide relief between therapy sessions and to give patients the empowerment to help themselves. Daley also specializes in relieving chronic pain related to women’s health such as pelvic pain, hip pain, and incontinence. Explaining the positives of Myofascial Release for aches and pains that may increase with aging, Daley responds to the inevitable concern that “the older we get, the more our body gets compressed. Myofascial release can change that.” 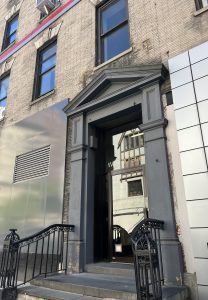 Entrance to the Studio Building

At the time when she began going for her own treatment, she had no inkling that it would one day become her profession. At Bennington College, she focused on painting in oils. She continued her art education with a Master of Fine Arts at Columbia University.

Living on the Upper West Side, Daley proceeded to live her life as a graphic designer and painter but at age 44, she decided to change her professional life.

Myofascial Release treatment had been so helpful for her, that she decided to pursue a Master’s in Occupational Therapy at Columbia University School of Medicine that would qualify her to treat patients. According to plan, she opened her office, Integral Myofascial Release five years ago in a small space she rented from a Pilates Studio in the building.

Daley continues to paint beautiful representational work.  As she puts it, she’s “been exploring the lush, green locales of the northeast.”  The studio building 2231-2239 Broadway, has been occupied by artists and was the original home of what later became Parsons. Daley who has been living on West 89th Street for 30+ years uses her space exclusively for her private clinical practice. “I paint en plein air,” she says.

She and her fellow tenants have been notified that the building is slated to be demolished in a year. Daley anticipates that locating a new office to accommodate the practice she’s established will be challenging and may push her reluctantly out of Manhattan.