The future of a NYC treasure is at stake 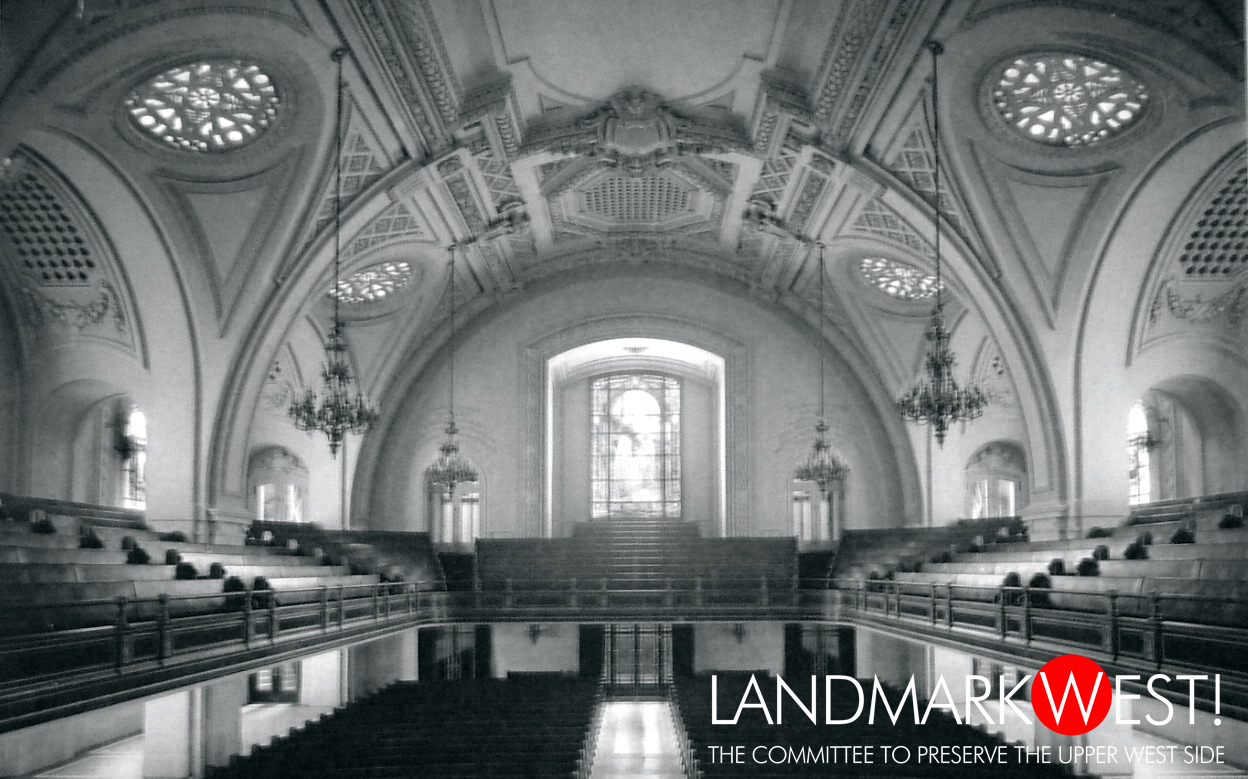 Dear Neighbor:
With so many critical, big-picture policy issues facing our neighborhood and city (eroding zoning protections, weakening the landmarks law, the list goes on), it’s all too easy to lose sight of the trees for the forest.
A specific example of a landmark in peril – as a direct result of our city’s developer-catering policies – is the former First Church of Christ, Scientist, at 361 Central Park West (96th Street).  This New York City Landmark is worth fighting for.  It desperately needs your help to guard against a luxury condominium development project that will destroy significant architectural features and subvert sound planning for the entire neighborhood.
If you have two minutes, please read on.  If you only have one minute, please scroll down to find out how you can help save this Landmark!
The Church is a 1903 masterpiece by the architects Carrère & Hastings, who later designed the beloved main branch of the New York Public Library (Fifth Avenue & 42nd Street) and the Frick mansion (Fifth Avenue & 70th Street).  When the Church was designated a New York City Individual Landmark in 1974 (one of the first Upper West Side buildings to achieve landmarkstatus), the Landmarks Preservation Commission called it “an outstanding example of Beaux-Arts classical design” and praised “its many fine architectural details [that] give the building great distinction.”
Incomprehensibly, in March 2015, the Landmarks Commission approved (by a deeply split vote) plans to destroy many of those same distinguished details – including stained glass windows attributed to a pre-eminent artist – to enable the conversion of the Church into luxury condominiums.  The Commission also granted permission to carve new windows in the granite façade, some of which will be less than ten feet away from the neighboring apartment building to the north, degrading the Landmark as well as the quality and value of neighbors’ living spaces.
Why should you care?  Because this is no way to preserve landmarks and no way to treat citizens whose lives are invested in properties adjacent to landmarks that they had every reason to believe were protected.  The next time this happens, it could be you.
That’s why LW! is working closely with neighbors to push back against this proposal at the NYC Board of Standards & Appeals (BSA), the agency authorized to grant the zoning variances needed by developers Joseph Brunner and Ira Shapiro to proceed with their condo conversion.  So far, the BSA has heldthree public hearings and has scheduled a fourth (Tuesday, January 12, 2016).  The BSA’s pushback is one indication of how far off the mark this application is.
Consider this:
In 2014, a pair of experienced and savvy developers known for high-risk real estate schemes gained control of the former First Church of Christ, Scientist, fully aware of its Landmark status and the legal constraints of the site, with the intention of converting it to residential use.
The developers took advantage of the then-resident congregation’s eagerness to sell and acquired the Church for $26 million.
The developers have turned away at least one potential non-residential user – a prominent neighborhood cultural and educational institution – by quoting an exorbitant sales price of $50 million.
Now the developers claim “hardship” because the existing zoning doesn’t allow them to create the number of residential units they say are needed to generate a “reasonable return”.  They are seeking zoning variances that, by our math, will yield a return of 100(!) at the expense of the Landmark and neighbors.
Someone has to stand up to these efforts to manipulate and exploit the landmarks and planning processes to maximize profit.  That “someone” is LW! – but we can’t do it alone.
Neighbors have hired attorney Michael Hiller (who recently defended the New York Public Library stacks from being gutted and is currently representing advocates working to protect theLandmark clock tower at 346 Broadway from yet another mercenary development scheme).  At a December 1, 2015, public hearing, Mr. Hiller argued persuasively before the BSA, and he is preparing written submissions in response to the developers’ latest attempt to meet the standards for variances.

Here’s what you can do to help:

Mark your calendar for Tuesday, January 12, and attend the BSA public hearing starting at 10:00 am, 22 Reade Street.

Voice your concerns about the impact this proposal would have on the Landmark and sound planning policy – send a written statement to LW! at landmarkwest@landmarkwest.org by Tuesday, December 22 (see sample message below – we will ensure it is submitted to the BSA).
Please make a special tax-deductible contribution to LW! with “361 CPW Landmark” in the memo (or mail a check made payable to “Landmark West”, 45 West 67th Street, NYC 10023).  If you haven’t done so already, now would also be a great time to renew your annual LW! membership!  Your sustained membership support, in addition to special gifts like this, is what makes our ongoing advocacy work possible.
We look forward to hearing from you!
Sincerely,
Kate Wood
President
SAMPLE LETTER TO BSA (please send to landmarkwest@landmarkwest.orgby Tuesday, December 22):
Dear Commissioners:
I urge the NYC Board of Standards & Appeals to uphold zoning laws and deny the application to convert the former First Church of Christ, Scientist, an Individual Landmark, into luxury condominiums, requiring waivers under the New York City Zoning Resolution and Multiple Dwelling Law.  This is a speculative development scheme that will result in a windfall for the developers while destroying an irreplaceable Landmark and undermining quality of life in our neighborhood.  Granting these unjustified variances to the laws that govern sound development will set a negative precedent and jeopardize the future of our city. 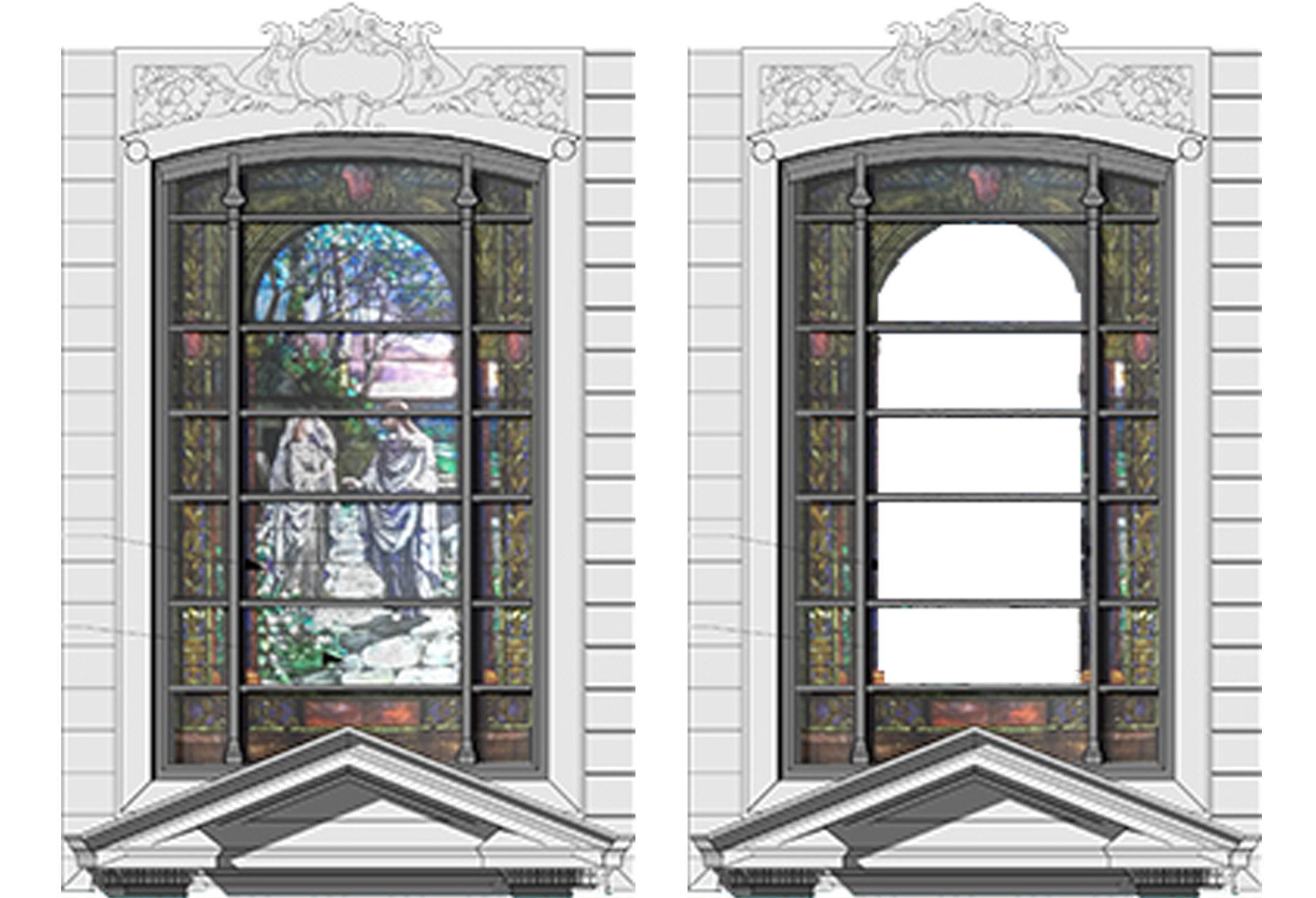