The People Take A Stand 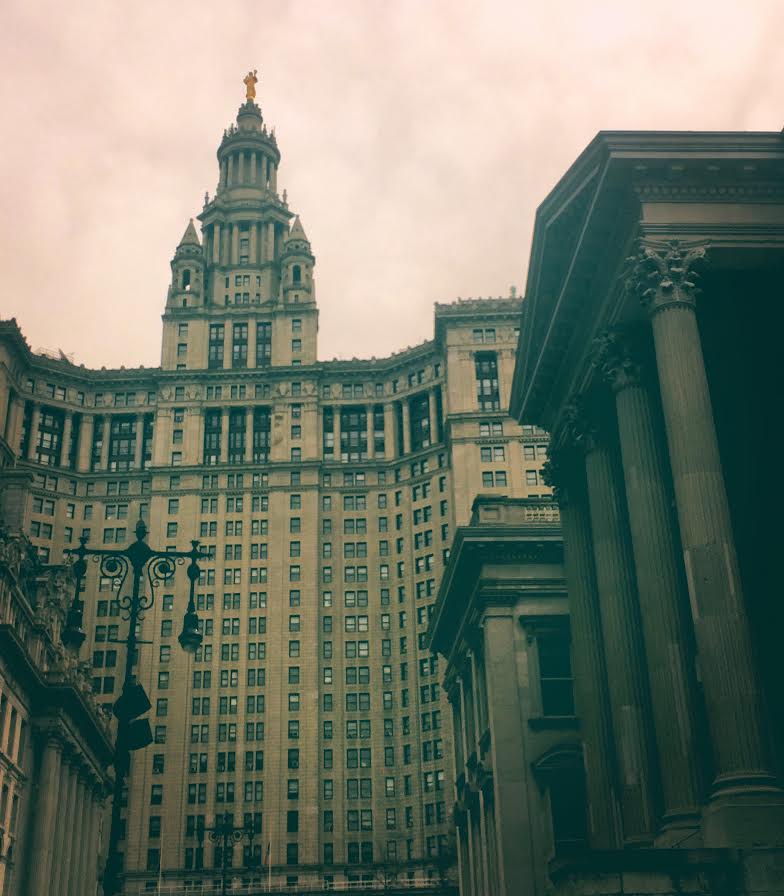 A Day of Public Outcry at the Landmarks Preservation Commission

The community was out in full force yesterday at the hearing on proposed changes to the Landmarks Law. The Landmarks Preservation Commission’s hearing room was packed beyond capacity, with many forced to stand at the back of the room and even more standing in the waiting room behind them, listening over a speaker. Those in attendance ranged from leaders of preservation advocacy groups to representatives for elected officials (including a representative of City Council Speaker Cory Johnson who spoke out against the proposed changes!) alongside the backbone of preservation in New York—the concerned citizens and neighbors speaking out to protect their landmarks. All told, the hearing, which was only scheduled to go until half past noon, didn’t end until almost 3 PM.

These rules, in our estimation, do have some good points, but as a whole they signal dangerous trend for New York City’s landmarks. Most egregiously, the rules changes include numerous provisions which would remove the LPC process from public review, regulating application types to the unseen staff level. These items—including certain additions, window changes, and other significant applications—previously would have come to hearings, and neighbors and preservation experts would have been given an opportunity to weigh in.

The LPC claims that such changes are for the sake of greater transparency, as they will create a direct codification of the Commission’s current style of governance. Given that this governance, particularly under the current Chair, Meenakshi Srinivasan, is frequently overly permissive and developer-friendly, codifying it could set dangerous and enduring precedent, one that would carry an inherent risk of erosion to our landmarks’ integrity. The Commission continually (and correctly) states that they need not adhere to precedent in their rulings. What an irony it is that they would then aim to codify their decisions when they don’t wish to follow the precedents of others’.

Furthermore, these new codifications would cut out the period of public consideration for these items, where new information about the history or quality of a building may be brought forward by those of the public who, as residents of landmarked neighborhoods, have more firsthand experience with those neighborhoods than the LPC staff could. Additionally, these rules changes would weaken the status of buildings within historic districts, with language making it easier to destructively modify those buildings in landmarked districts than it would be to modify an individual landmark.

These cries of outrage and many more were voiced before the Commission through five emotionally-charged hours, from morning through mid-afternoon. Not all voices were in opposition to the changes, with the Municipal Arts Society voicing acceptance of the rules under some conditions, along with representatives from the Real Estate Board of New York and a number of other groups (and one or two neighbors) who voiced approval of the proposals. However, the general sense of the room was vocally against the changes. Cheers rang out for powerful condemnations of the proposed changes and their lack of transparency, and hearty applause followed the anti-rules statements. Elected officials sent multiple representatives to voice their concerns with the rules, and speakers from numerous community boards added their dissent as well.

The most repeated outcry, heard across the majority of statements against the rules changes, was the loss of public involvement and government transparency that they would precipitate, but many groups and individuals brought forward specific examples of issues dear to them which would be negatively affected with these changes—and issues which have already been harmed by the current Commission’s rulings. Many noted the effective demolition of 404 West 20th Street, the oldest house in Chelsea, which fell victim to the insidious implementation of “façade-ism”, which permits the destruction of all but the face of historic buildings, gutting all other elements. Another concerned citizen stood up to say that she was somewhat out of her depth in the larger discussion, but she was troubled to see that the new rules would allow the removal of the charming vault lights which characterize sidewalks in some areas of the city.

A number of speakers, including Josette Amato, executive director of the West End Preservation Society, brought up the issue of language which allows for the disregarding of buildings labeled as “no style” and “non-contributing” within designation reports and the weakens their protection. John Arbuckle, president of the New York/Tri-State Chapter of DOCOMOMO tied this point to the endangerment of modernist buildings within historic districts. In many designation reports, created in past generations which did not recognize the value of these now clearly significant buildings, modernist architecture was in many cases labeled in such ways. To allow this element of the rules changes to pass would weaken the protection of those buildings within historic districts.

Large and enthusiastic cheers followed calls for change within the current leadership of the Committee, a sentiment rousingly voiced in particular by the Alliance for a Human-Scale City. A young lawyer spoke saying that from a legal perspective, these rules changes fall afoul of the Landmarks Law. The Historic Districts Council expressed a litany of concerns. Voices rang out exploring the intersections of these rules with concerns of homelessness, racism, gentrification, and more—with most speakers seeing these rules, as an exacerbation of current problems.

Yesterday, the public came out en masse, speaking from a multitude of experiences and areas of expertise, and their resounding word was this: do not further degrade the protection of our landmarks with these changes. The chance to provide comment has been extended for 60 days, and if you have not already shared your words with the Commission, you can email them at nycrules@lpc.nyc.gov or send a letter to LPC, Municipal Building, One Centre Street, 9th Floor North, New York, NY 10007. Read LANDMARK WEST’s full statement and itemized, section-by-section unpacking of the rules to learn more of our concerns and critiques. We welcome your contribution to this crucial public process.