In January of 2015 LW! began monitoring the development at 50 West 66th St. and challenging the loopholes that resulted in its design. This was never a fight about aesthetics, nor even merely tall buildings, but about zoning protections which apply city-wide.

CATCH UP ON HISTORY HERE

There was a city agency which overlooked mechanical deductions…

Historically, mechanical equipment was relegated to basements and rooftops.
As construction techniques improved, structures grew larger, and services more sophisticated, using more of a building’s area, and classifying it as mechanical space.
These environmental control systems, fire suppression systems, communication panels, lengths of ductwork & plumbing and all electrical/lighting controls are also getting smarter–and smaller, linked to monitoring computers but all characterized as “mechanical equipment.”
Revised zoning in 1961 allowed for “mechanical deductions” so that such spaces did not impact the allowable Floor Area of a development.
In permit reviews by the Department of Buildings (DOB) staff, and in adherence of the rules and regulations that often bypass actuarial review by a DOB Plan Examiner, the mechanical deductions are taken at face value as printed on the drawings or listed on Mechanical Drawing sheets (including ducts, piping, conduit, air handlers, pumps, boilers, hot water tanks etc.) Calculations are RARELY SCRUTINIZED or VERIFIED. Over time, these grew and grew to occupy full floors of finished structures.
Eventually such full floor spaces multiplied, but were STILL RARELY SCRUTINIZED.
And eventually these multiples grew in height, but were STILL RARELY SCRUTINIZED. 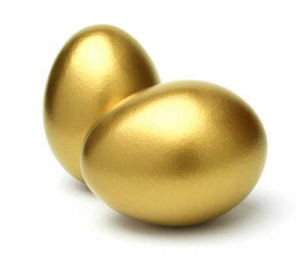 Until one day, they grew so large that a nonprofit called the FDNY
The FDNY, which usually approves final certificate of occupancies at the END of a job, stepped in and called out the potential safety issues with what was then essentially a 16-story chimney at the start of the tower. Their recommendations resulted in a redesign which distributed mechanicals across three floors in the same segment, again all discounted as “mechanical deductions.”
Meanwhile, City Planning, who was “appalled” by the excessive mechanical voids took action limiting such spaces to 25-feet (approximately two stories) in height before counting against Floor Area…helping to close a loophole. 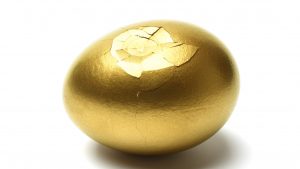 The improvement still didn’t resolve the lateral spacing…
Although the height is now restricted for mechanical spaces in FUTURE new developments city-wide in direct response to this proposal, it still didn’t limit lateral spacing–meaning including anything mechanical on a floor (now 25′ in height or less) could be a mechanical deduction…or so the Board of Standards and Appeals claimed.
However,
City Planning recently issued a CLARIFICATION (not a change of law) in their Zoning for Coastal Flood Resiliency. This clarifies that there IS a minimum deduction–not an unlimited one for mechanical spacing. WHAT DOES THIS MEAN FOR WEST 66th ST?
Eliminating Mechanical Loopholes Once and for ALL
According to a prior decision, the tower is within 6.12 square feet of compliance–approximately the size of a modest linen closet. BUT that was with the DOB and BSA’s wrong interpretation of the lateral mechanical deduction.
What the DOB chose not to scrutinize, we did. We did not accept box symbols as the norm for equipment but laid out plans with actual measurements. Little if any mechanical equipment requires even a 25-foot floor to ceiling height. And simply spreading around equipment to “fill the page” achieved just that. While in fact grouping like equipment reduces material waste, ductwork, excessive lengths of piping and cables.
Our analysis shows less than 10% actual mechanical use per each of the 16th, 17th, and 18th deducted mechanical floors, meaning they are not compliant with the Zoning Resolution.
While this can easily be fixed on paper, it voids the ZD1 zoning diagram filing and requires a new one…under the current rules which now have a 25′-height limit. 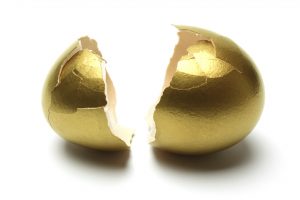 The Goose that Laid the Golden Mechanical Loophole Egg
Should the letter & spirit of the Zoning Resolution prevail, these unnecessary mechanical voids will be eliminated from not just this development, but future developments city-wide ending the reign of the goose that handed developers unwarranted deductions for decades, until the excess was entirely too excessive.
LW! lawyers at Klein/Slowik PLLC are on appeal and planning to file our papers in approximately two weeks. Your support to impact not only our neighborhood but inappropriate development city-wide is greatly appreciated.
Read this Message in its Original Format HERE.