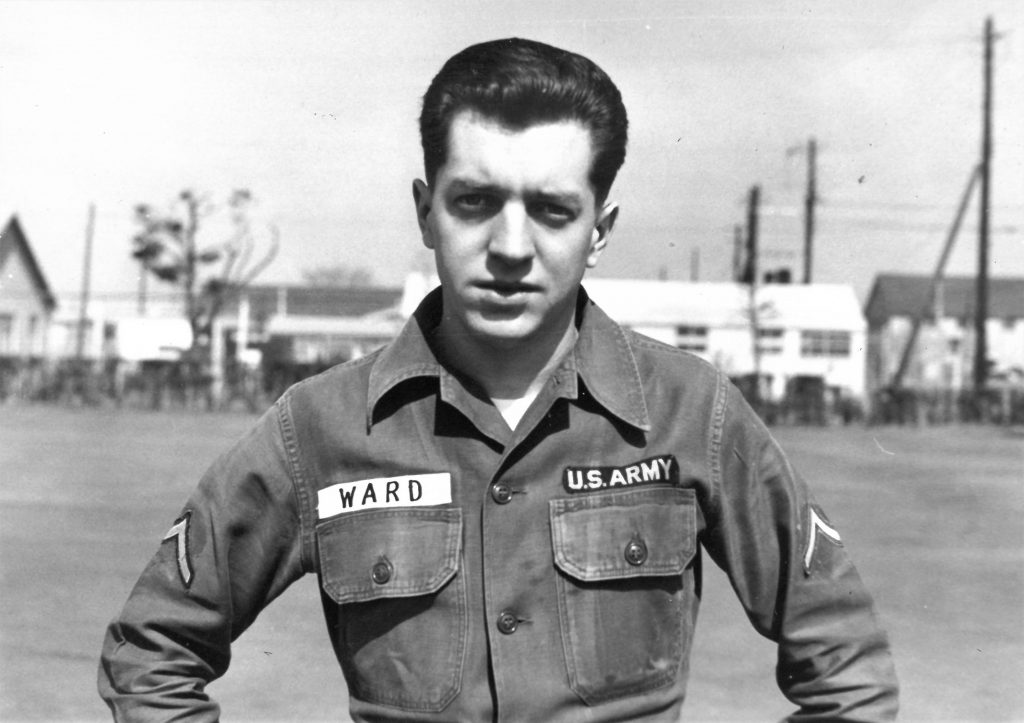 Surrounded by hardship in childhood and adolescence, Richard Ward still thinks of his youth’s happy moments. Now at 78, his memory for detail is exceptional. His perspective on life is judgmental. It seems that seeing and feeling deeply gave him the motivation and strength to make something of himself and eventually to achieve satisfaction in the leadership of two electronics businesses.

His first home was at 130 West 62nd Street. Young Richard lived with his father, mother, grandmother, and aunt on the second floor. “My father was totally irresponsible. Mother worse. Lived in a dream world. Mother took off and decided she did not want to be Mother.” I was raised by my Aunt and Grandmother. All lived in the same apartment. They had zero desire to improve or excel in anything. Useless.”

Still, until Richard was 11, his home was on 62nd Street. “Returning home from school for lunch, there was a “Condemned” sign painted on the building.” School was at St. Paul the Apostle. “Most students could not afford school lunch. School was run by Nuns. Very strict. Always hated school.” 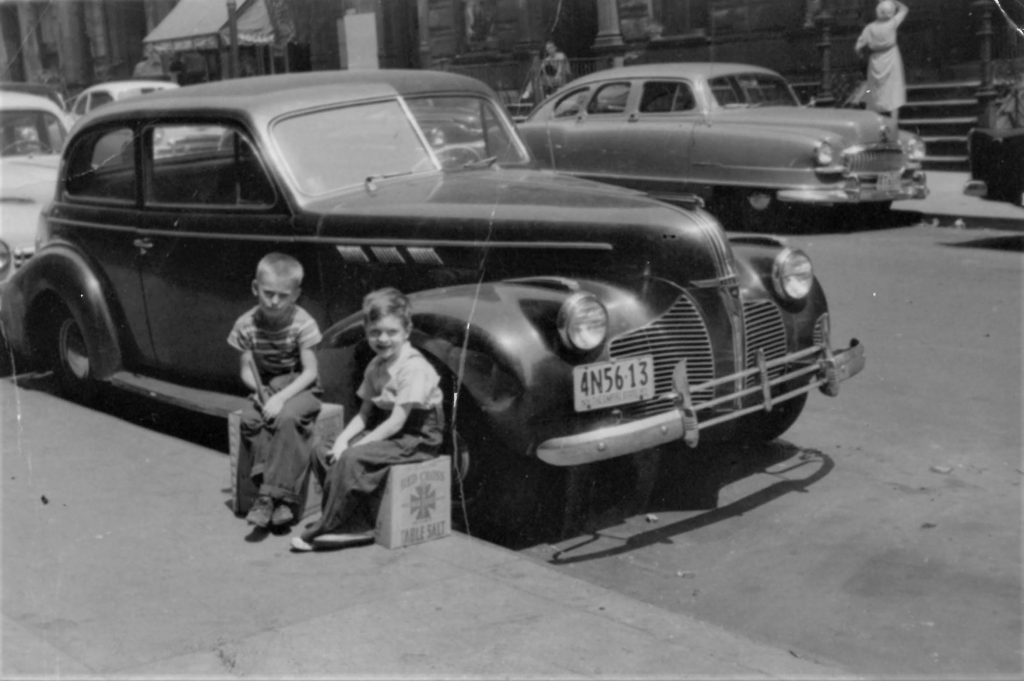 Most children went home for lunch at midday and returned to finish the school day. Richard had plenty of time to observe the street life of the neighborhood, the grocery stores, the small luncheonette. He also has fond memories of classmates of the time. His Dad, Edward (Ed) had his faults and “Hated work. Never talked about it.” Yet, his father and his work were closely observed by his son.

“He was a dock worker, a stevedore.” He would shape up, says Richard, explaining that, “Shape up means you showed up at the union hall or wherever at the dock and they picked however many men they needed to unload the ships. This ended with the invention of the container.” Evoking a bygone era, Richard says his father worked with a hand tool called a baling hook.

In addition to his work at the docks, Richard’s father worked at various moving companies. “Just showed up and asked if they needed him. Telephone was too expensive,” Richard recalls. 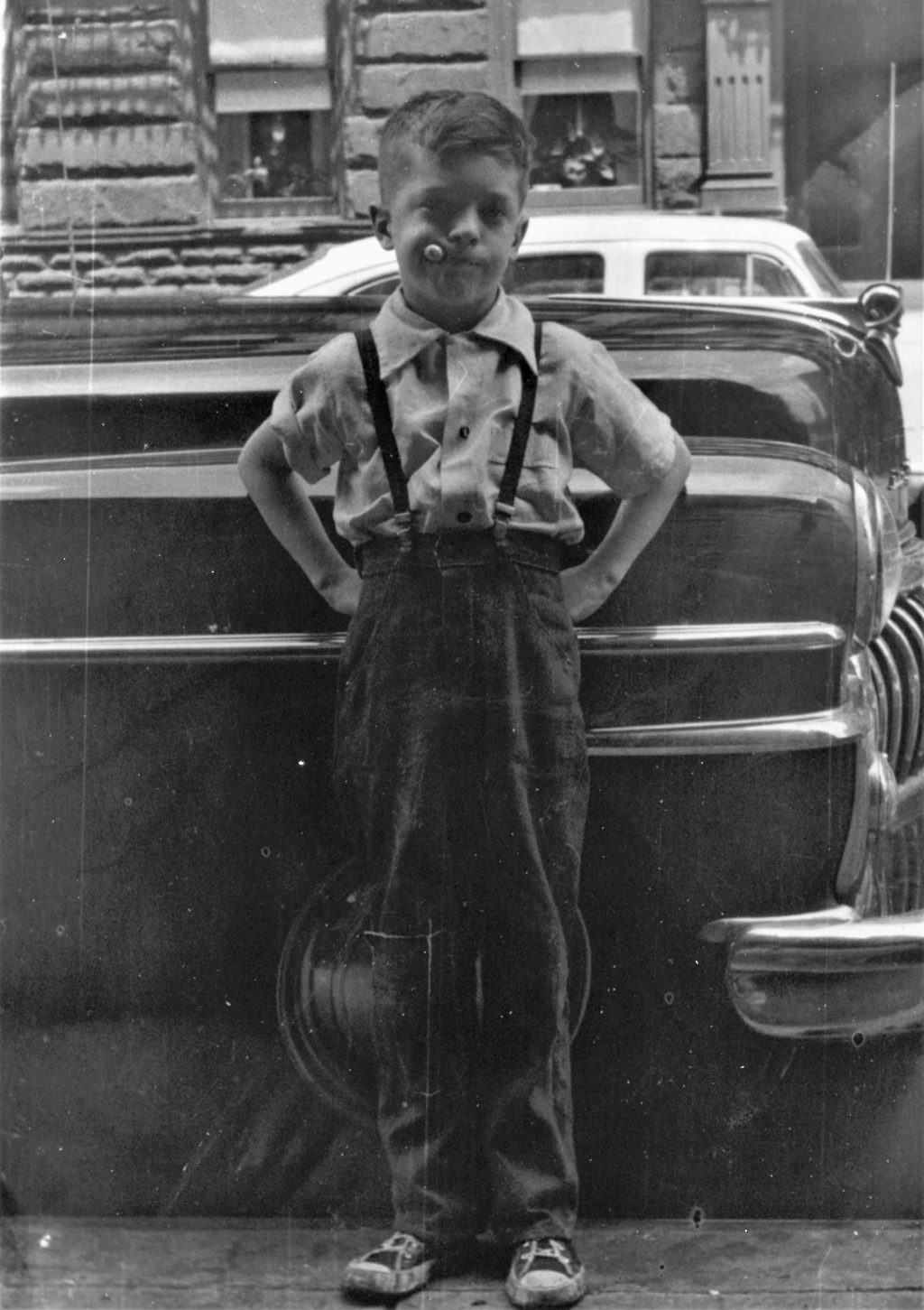 With no better option in 1957 and demolition of their apartment building imminent, Richard’s family was relocated to the Frederick Douglass Houses, “it was horrible.”  At 20 Richard was drafted into the US Army. His memories of his service in Vietnam are indelible. “First Division, First Battalion, 16th Inf. Rangers. Lai Khe, Viet Nam. Job was “medic” & rifleman. Was in “recon platoon” Worst of the worst. Was not a Ranger. They were short medics. Medics had a price on their heads. Enemy would try and kill us off fast.”

Over the past decade or so Richard has followed up with social media posts from former residents of his old neighborhood. “YES, I remember you. Mary Ann Kelly with beautiful blonde hair,” he responded (Ephemeral New York, November 5, 2022) to one woman he’s not seen in almost 65 years. The neighborhood is gone but the memories remain.

Richard Ward on US Army 1966 Japan Air Force Base. “We were [the] medical unit and ambulance co.” (top)
Me and Willey O’Malley sitting on cardboard boxes in front of 130 West 62nd St across from “Harry’s Deli & Grocery” (middle)
Me with a rubber cigar I got as a Cracker Jack surprise in front of the pool hall & bowling alley on West 65th St. (bottom)