The Next Step: LPC to Hold Hearing for Revised Rules Changes 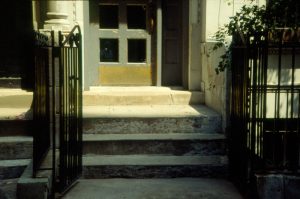 LW! had four major concerns (you can read our full testimony here), pushing hardest against the changes that would remove the LPC’s processes from public review. These include the LPC’s suggestions that their staff could decide the fate of buildings deemed “no style” or “non-contributing” and allowing rooftop and rear yard additions to, similarly, be approved at staff level.

Thanks to everyone’s hard work and passionate outcry, the LPC has listened to these concerns. At the end of May, they announced their revisions of the rules proposal–which took into consideration much of the public pushback.

Today, the Commission voted to calendar a public hearing which will allow comment from the public on their revised rules. The hearing is scheduled for this October. Check back in with LANDMARK WEST! for further developments and updates about how you can make your voice heard.